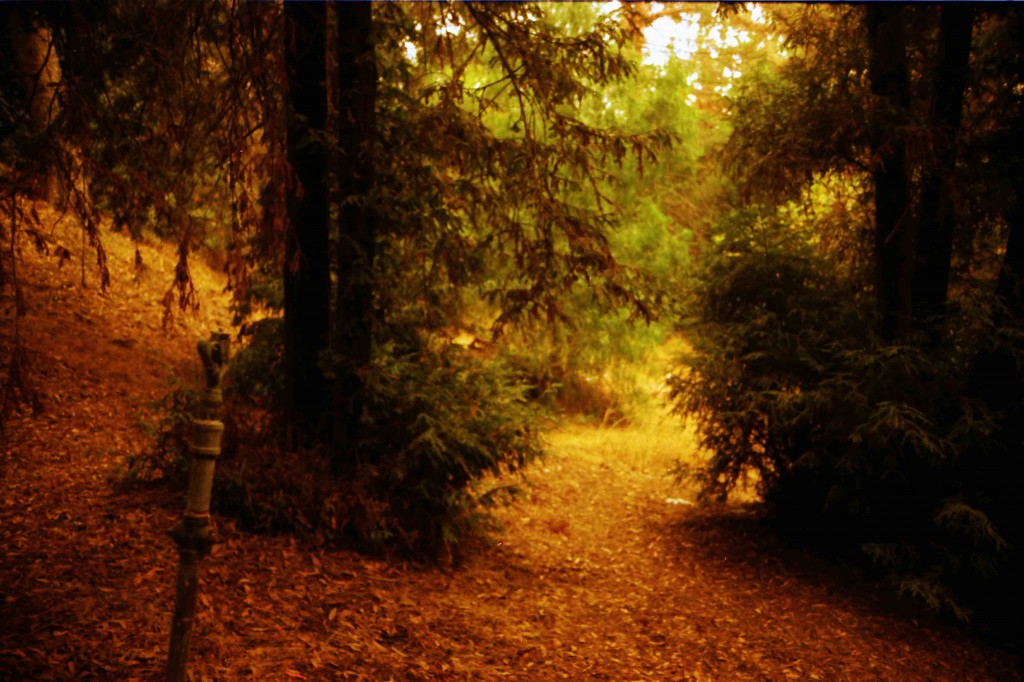 You can probably guess the degree to which I like talking to people. I love it. But we all have our quiet moments. There are certain cloudy days which have an indescribable air of melancholy. It’s almost comforting, walking under that grayish-white sky, green leaves and open roads in your periphery. I think it was a Sunday. No one in sight, and you’re ambling down a residential street. You feel that very specific sense of nostalgia which is both sad and oddly satisfying, walking around the white-gray-green world, looking at sidewalks and small trees. You see yourself as if from afar, ambling alone, letting yourself relax into completeness. Half your mind is in this zone of cloudy-day introspection, the other half self-aware, contemplating why and how this frame of mind surfaces. You are a character in a movie. A melancholy tune is playing. You put your hands in your pockets and walk like Gregory Peck, wishing the ground were metallic so your shoes could make those classy and authoritative clicking sounds with each step, but even if the ground were metal, you reflect your rubber-soled walking shoes wouldn’t make any sound anyway…. And there, before you know it, the nostalgic wholeness of being has vanished from you, fluttered away while you were thinking too much.

It was in such a headspace that I once got on a 41 some time ago. I was dressed incognito, on a day off: black hoodie sized small, dark blue jeans, and scuffed dress shoes. Walking about downtown I inevitably run into people I know, or they into me. That’s magical, but today I wanted some solitude. As much as our culture celebrates the active over the passive, there is a benefit to taking time to ponder. Reflection doesn’t happen when you’re being distracted by new stimuli. One of the great preoccupations of the twenty-first century is the distracting of ourselves out of the present, usually with technology; this is why I won’t get a smartphone. I try not to retreat into the cozy confines of diversion, that addictive place where I don’t have to confront my own thoughts. Let me rather take the dive, that I might feel something real.

I sat down next to an African man, first generation, neatly shaved and dressed. Leaning back into the seat, I enjoyed that wonderful sensation I imagine many operators feel when they board a bus they’re not driving– the bus is moving, but I’m not responsible!

“You’re not working today?”
It was the man next to me. Time to turn back on.
“Hey! You recognized me!” I said, with pleasure. Must be a passenger I didn’t remember. His gentle smile brought me right back to the excitement of hearing from others. How was his day going? How did he recognize me, though I was in my elaborate Nathan disguise? He responded by describing how memorable it is when I’m driving, and how could he forget such an experience? Naw, I said, trying not to blush. Yes, he replied, laughing. Don’t be silly! He expressed his appreciation for how I announce all the stops, how I’m patient with people, answering questions and the rest, but most of all he appreciated that I was kind to immigrants. It’s a big deal, he stressed, for people who are new here, because it’s hard to get around, confusing, and sometimes you need someone who won’t judge you, who will give you a few extra moments, as it can make all the difference in the world in feeling welcomed.

This led to me mentioning my own background, coming from parents who immigrated here and growing up in a home where multiple languages were spoken. It only seems natural to be kind to the folks on the street; I see echoes of those dear to me in their questioning eyes.

His name was Mesfin. Language is important, we agreed, noting our shared multilingualism and the value of such, how it expands one’s perceptions of ideas and people. I mentioned a friend of mine, Abiyu, also from Ethiopia, and how his three young sons were already studying their native language as well as English, French and Spanish.

“Does he live in Bellevue?” Mesfin asked.
“Oh my goodness!” Who could’ve guessed we had a mutual friend? Abiyu is one of the great bus drivers, in my opinion, one of those men you find in life whose every word you hang onto, because you know he thinks before he speaks. The quiet voice, eyes twinkling with verve and wisdom.

“Yes, language is important,” Mesfin said. At this point he began telling me a story, and the longer he spoke, the more rapt with attention I grew.

Some time before he was sitting next to me on a 41 in Seattle, Mesfin once lived in a village in rural Ethiopia. He spoke four languages: Amharic, two local dialects more specific to his village, and a fourth language nobody really used, but he knew it anyway. Being multilingual was not unusual, but not too many neighbors knew that fourth language. It was a remnant from his ancestry, relatives he hardly kept in touch with.

In the mornings Mesfin would rise early and walk alone on the dirt path to a nearby bridge. This bridge was special, because from it you could see the most spectacular sunrises. Never anyone else around. When you’re raising a family, time alone gains a different and specific value. Watching the predawn light come to blazing life was Mesfin’s way of carving out space for himself.

Word had gotten out from nearby villages that invaders were on the loose. A nomadic tribe was moving from here to there, killing the village residents as they went. Panic settled in: were they near? Were they far? Were they rumor?

They were real. There they were now, suddenly, black figures against the dirt path one morning, weapons on view, blocking the way to the bridge. The sky was just starting to lighten, when the leader of the bandit tribe spoke.

“Where are you going?”

It was the fourth language, the one nobody ever used.

Mesfin responded fluently, in the same tongue: “I’m going to watch the sunrise from a bridge that I like.”
“How do you know our language?” Confused and surprised. It’s from my relatives, Mesfin explained. An uncle, something, the
details of ancestry hazy but undeniable. There was a political figure of some repute Mesfin knew, whom the nomads knew too. Through further conversation Mesfin was able to prove it.

The leader stood there for a minute. Mesfin waited under the lightening sky. Life, and nothing less, was what hung in the balance.

“Okay,” the bandit said finally. “Because you know our language and because you know this man, we won’t kill you right now. Today you can watch the sunrise. But you cannot come back again. If you are here tomorrow, we will kill you.”

Mesfin recounted the man’s words as being spoken plainly, matter-of-fact, with the deadened flatness and ugly apathy you hear in
truly violent men. After that Mesfin never walked that path again.

I looked at the man in the seat next to me, struck like a thunderbolt by how little of this world I know. I was looking upon the same being who one morning wasn’t sure if he had seconds or minutes to live, couldn’t be sure if his family would ever know him again.

“Wow,” I said, at a stunned loss for words. “Wow. It is so great you knew that language, or else I would not be sitting next to you listening to this story on the bus right now!” He smiled. “I am so glad,” I continued, thrilled that he chose to speak to me. “That you knew that fourth language.”
“Yeah, it’s important,” he said.