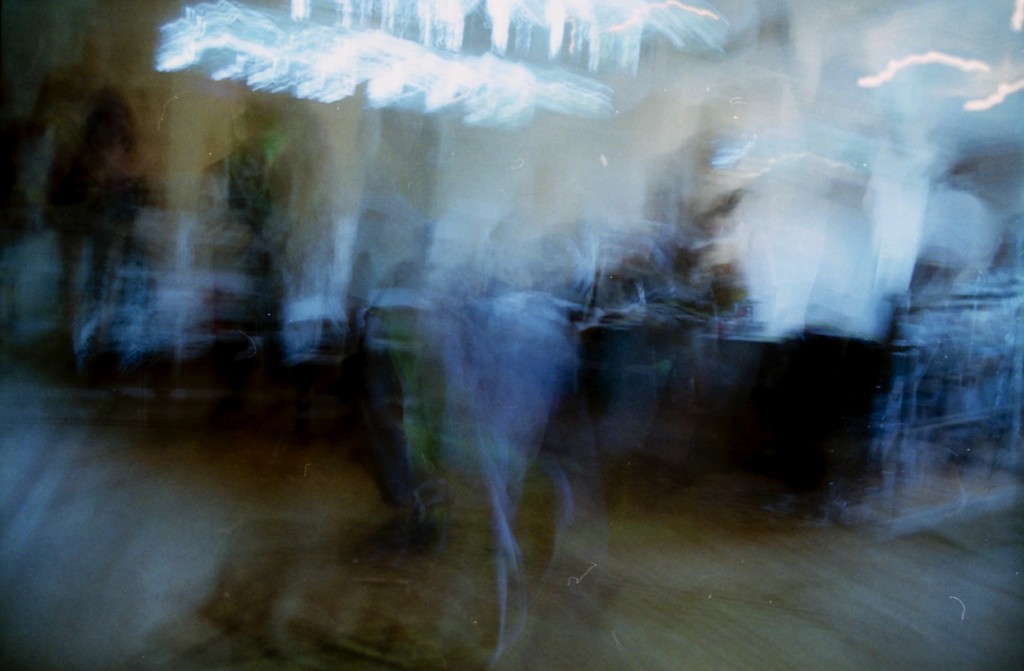 I still wonder if it had gone differently had I been a little more present when they got on. These two men were the last two to rush aboard at Fourth and Pike, just in time now, right as the light turned green.

The first man was a squat and burly older figure with an ex-football frame, that familiar silhouette of muscular shapes gone plump. Shorts and a torn T-shirt, fifties, white. He asked if I go to Broadway. Yes, I answered distractedly, checking around to see if it was still possible to take the light. Just behind him the second man boarded, a tall, thin fellow in his sixties, dressed in a neutral beige jacket, khakis and walking shoes that curiously didn’t identify any class  or status affiliation. He may have been homeless or a millionaire, European or American. He nodded as I said, “glad you made it.” I closed the doors and said into the mic, “okay, we’re gonna take this light here, hang on,” smoothly accelerating away with six seconds left. Plenty of time.

We continued up Pike without incident. Ex-football man sat up front watching the proceedings, grunting with satisfaction as I dove into the bus lane to skirt traffic. I thought about engaging him but didn’t, enjoying a moment of quiet time. Maybe I should have. Beige fellow was seated next to him, but they didn’t speak with each other and were clearly strangers.

At Bellevue and Pine, we rolled to a gentle stop for the red light. Football stood and came up to me, saying, “hey, can I get out right here? I kinda wanta go to that store, what is it, Benson’s, back there on the corner.”
“You know, I’ve actually gotten in trouble for doin’ that, so I gotta say no, but there’s a stop around the corner.”
“But I wanna go to the store.”
“Yeah, there’s a stop just up the block here. Didn’t you say you wanted to go to Broadway?”
“I know. I wanna go right back there.”
The light is staying red, and staying red, and staying red. “I can let you out around the corner here, we got a stop just up the block.”
“You can’t let me off right here?”
“We’re almost there.”
“How about if I go out the emergency window?” He points at the first door side window that has a red emergency lever, which happens to be directly behind those first side-facing seats, where the neutral beige man is sitting.
“You can do that,” I say, not expecting him to.

He stalks his squat frame over to the window and pulls down the red lever, pushing out the window, preparing to stick his leg through, but– there’s one small problem. The beige guy is in the way, sitting right in front of him. He’s been sitting there, oblivious to the above conversation, and now he’s confused: there’s a burly guy with a handlebar mustache standing right in front of his face, doing–what? Sticking his leg over my shoulder–

“What? What the fuck are you DOING?!” he screams.
“Outta my way,” mutters Football.
“STAY THE FUCK OFFA ME!” Neutral Beige lifts his legs to his chest and shoves them with all his might into Football’s stomach. Football is propulsively thrown backwards, crash-landing into the wheelwell right behind me. A girl sitting in the midst of all this stands up, disentangling herself, and walks to the back. I imagine she’s thinking, since when did fights happen at the front of the bus?

The burly man lunges forward–“STAY THE FUCK AWAY FROM ME,” from the the Beige guy, hollering at top volume–lunges forward and grabs the old man’s legs and yanks backward, almost appearing to be trying to pull his legs apart from his body. Now the old man’s waist and legs are on the floor with his top half following quickly behind. He is on the floor but not completely, his neck still pinned on the seat bottom, and Mr. Football is collapsing on top of him, going at it with his fist. A right into the man’s face or left shoulder, hard to tell, somebody’s knee hitting the floor. Neutral Beige flounders with his arms, blocking, rotating rather ably out from underneath, shouting in stammers. “Get the, fuck off…fucking asshole….” We’re moving into the language of grunts.

All this has been less than ten seconds. That red light is still red. I open the front door, saying loudly, “guys, guys, guys, okay,” and Football stands, extricating himself from this mysteriously capable older fellow and running into things on his way out the door, howling in tongues, throwing scraps of paper at me, trying to get back inside but I’m closing the doors, yes just in time, thank you, and the light is mercifully now turning green. I roll slowly away. He’s out there still, like a fairy-tale monster who just won’t go away, still chasing after us, smashing his fist into the front side window, shattering it into a thousand spiderwebs. So much energy. Where does it come from? Why do fights always happen over the most picayune matters?

Eventually, of course, he’s gone. Neutral Beige is gathering himself, talking to the others around him. I ask, “how ya feelin’? Can I call the police for ya, if you want to make a statement…?”
“Nah, it’s up to you.”
“You sure?”
“Oh yeah, I’m fine.”

I looked at him. He was sitting there, much like before the incident, but there was something new in this scene. His being was completely energized. He exhaled with a relief that couldn’t fully hide his excitement.
“You feel alright?”
“Oh, yeah, it’s nothing.”

You could smell it. Exhilaration was coursing through his veins, and he was no longer old or young or tall or whatever; he was the original version of himself, the invincible youth we all remember being, and his quality had just been proven to himself in no uncertain terms. Wouldn’t you feel great? The worst thing you could imagine, the worst-possible scenario had taken place on his bus ride home. He was attacked by a younger, bigger, stronger man without provocation, and he had held his own with no assistance. I’ve still got it, you think to yourself, and everything is in its right place. It’s not something you discuss with others. He just sat there, trying not to smile.

“I hope you have a great rest of the evening,” I told him when he got off.
“Oh, I will,” he said, allowing himself a small grin, the vitality beaming through. I think he was the happiest person on the bus.