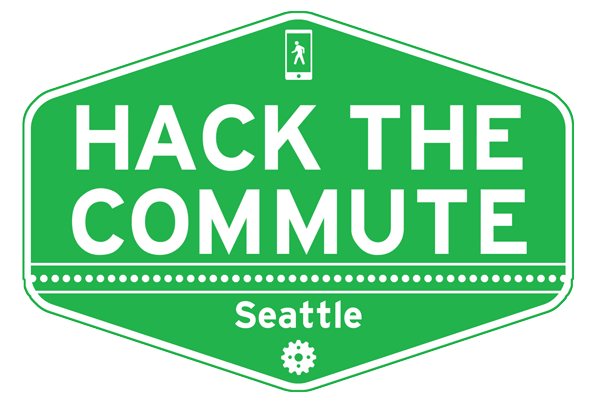 The City of Seattle and Commute Seattle launched a “Hack the Commute” project on Tuesday, bringing together partner agencies and local technology companies to develop tools for improving and navigating the city’s transportation network. The coalition is interested in innovations for existing apps like Pronto’s or Google Maps, entirely new commuter tools, and improving the communication and visualization of transportation data. The main event will be a weekend “hackathon” in March, with participants including everyone from local programmers and software developers to writers and project managers. The effort has the potential to revolutionize transportation in the nation’s fastest growing city.

The open data movement has spurred cities and public agencies to make their vast troves of information available to software gurus and the general public. This has led to many successful tools and applications developed outside of bureaucratic systems. There are numerous examples like OneBusAway, which predicts bus arrivals, or New York City’s DontEat.at, which warns users about restaurants that fail health inspections. Public records laws and an interest in government transparency are also facilitating the trend. In the opposite direction, apps like Cycle Atlanta report information on bike commuters’ routes and pavement experience to help planners prioritize infrastructure funding.

The term “hackathon” comes from “hacking”, the tinkering of hardware or data outside of its intended use, and the word “marathon”; such events gather many talented and interested people in one place for up to several days to collaborate towards quick and dirty solutions to civic problems. In the context of extreme traffic congestion, a maze of construction closures, and the emergence of new transportation modes, Hack the Commute will attempt to enable better decision making for the people traveling on Seattle’s streets. It will capitalize on the city’s large share of technology companies, including local startups and entrepreneurs. The campaign is open to all modes of transportation, with equal regard for the likes of buses, boats, and bike share. Cities like Philadelphia, Jersey City, and San Francisco have sponsored similar transportation hackathons. Last year Seattle held hackathons to tackle homelessness and the redaction of police videos.

The main Hackathon event will take place March 20-22, a Friday through Sunday, at the office of marketing firm Moz (1110 Second Avenue, Suite 500). Currently the event is open to anyone interested in transportation, though the organizers are especially looking for those with programming and team management skills. Registration is not yet open, but interested people can sign up for email updates on the project website. Judges will select three winning teams to move to a championship round on April 29 at City Hall. Prizes, yet to be announced, will be awarded for the best outcomes.

Candace Faber of Whoa Strategies is the project manger and was also involved with Seattle’s Hack to End Homelessness. She told me, “I do see a trend in issue-focused hackathons, which I find encouraging, but they are a lot more work to organize. We’re trying something new with this effort by building in the “championship round” so that top ideas can advance somewhere.” The project was also generated by the Access Seattle initiative, which performs community outreach for neighbors and businesses affected by periods of heavy construction. Faber said, “I don’t think we can talk about sustainable growth or housing affordability without also looking at mobility.”

The city’s participating agencies include the departments of transportation, information technology, and economic development. Hack the Commute is also joined by public-private Commute Seattle, the state transportation department, the Puget Sound Regional Council, and King County Metro. So far the private partners include Socrata, WalkScore, Amazon, and Microsoft.  The organizers are seeking data, sponsors, additional partners, and lots of volunteers. Check out the kickoff’s brief presentation (PDF) and stay tuned for updates on this transportation initiative.