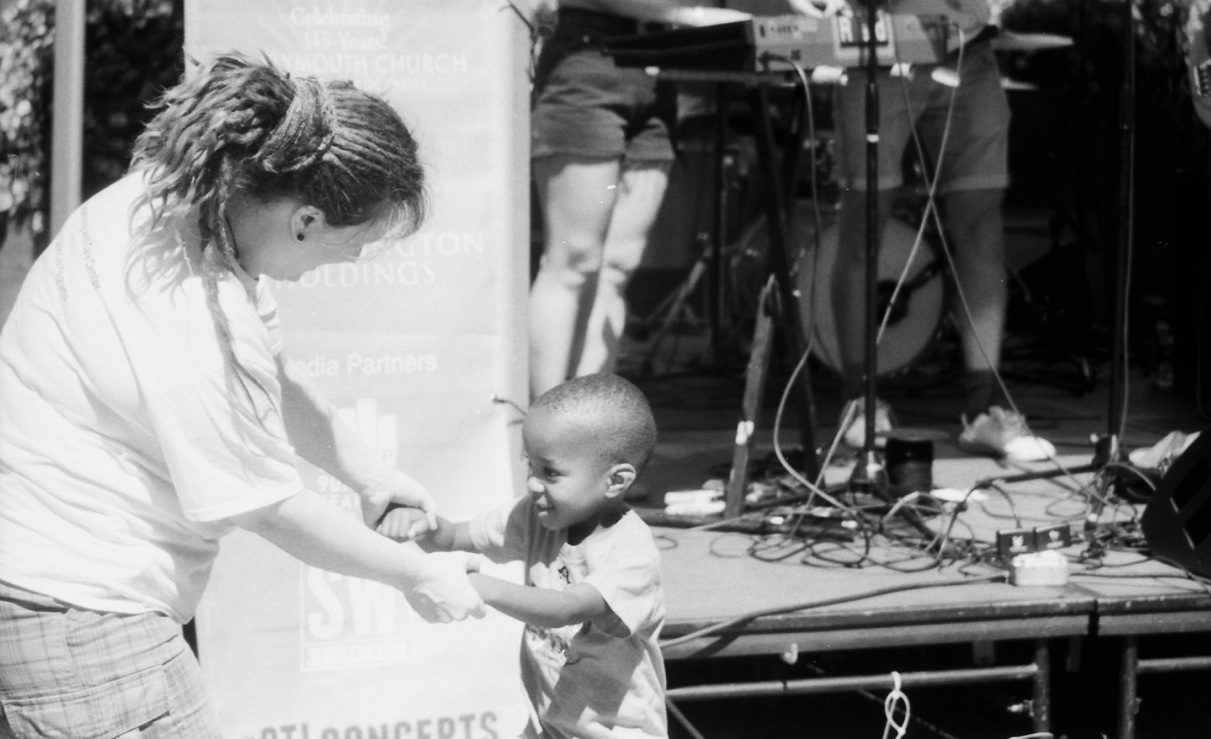 I’d never smelled anything more horrible in my life–and I’ve driven the 358! I’ve walked through LA’s skid row. I’ve strolled down the alleys of the wrong part (more like wrong half, let’s be honest here) of Napoli. This took the cake. The Breda bus had a huge driver’s side window, and I put every inch of it to use, barely able to keep from vomiting. I’m ashamed to say I described the smell as “poop death” in relaying the story to others, as I could come up with no more accurate adjective.

How do you politely tell someone they smell awful?

He was a big man, twice my weight and a head taller. In one hand was a full-size plastic chair which he carried as though it were a paperback book. He might have been forty, dark-skinned American, clad in a large black top with a scarf of sorts wrapped about his neck. He had kind eyes.

When you’re doing a short route, issues like this are less urgent. They’ll be gone in twenty minutes, or ten.

My route is ninety minutes.

Did he intend to stick around? I wasn’t prepared to undergo this level of suffering regularly. All the other passengers had scurried to the back of the bus en masse. I felt compelled to speak but didn’t want to embarrass him. I waited till he got off at Twelfth and Jackson and then jumped out too, saying, “hold up, I wanna tell you something real quick.”

He tarried a moment on the sidewalk, chair swinging in hand. He was tall enough that he formed a silhouette in the sky, dwarfing nearby buildings from my shorter vantage.

“Listen,” I said. “I respect you. You’re a good dude. But I got to ask you to take a shower, bro, we can’t have you ridin’ the bus smellin’ like this. If I see you next time and I you haven’t taken a shower, I’m gonna have to pass you up. I don’t wanna do that.” I rambled. I was nervous. “I di’nt wanna embarrass you in there with all those people….”
He heard me out. “Alright,” he replied. I wished him a good night.

A few weeks later I saw him again at southbound Marion. He was sizable, but bulky mostly in the upper part of his frame, less so his legs; perhaps a former athlete. He moved with relative agility toward my front doors, nodding and looking me in the eye.

“I cleaned up,” he said.
And he had. The smell had lessened. I figured he’d taken a shower and I appreciated the effort. “Thanks, man,” I answered. This time his scarf was slightly ajar. I noticed something beneath: in the area of the lymph nodes and thyroid were masses of overlapping subcutaneous spherical globules, quite large, swelling to the point that there was no separation between neck and chest.

That was four years ago.

It’s 2017 now, a summer night on an empty 12. I’ve traded my usual 7 for the evening, pinch-hitting to fill an earlier open shift. I haven’t driven this thing in years. Here comes Boren Avenue and Madison, in the midst of hospital row, and there’s somebody at the zone: an enormous figure, appearing even more massive with the lightweight black coat worn over his head as a hood. I see the scarf but can’t place it. In shape and state of repair he reminds me of an ancient Germanic barbarian warrior; something untethered about this beast of a man on first impression. Feeling apprehensive but willing to take the dive, I take a deep breath and open the doors: “hey, how ya doin’?”

It was the kind eyes I recognized first. They have a mellow quality to them, somewhere between frustration and sadness, teetering on the brink of how to deal with hopelessness. He was a Germanic warrior in silhouette only. The agility was gone. I wondered if he remembered me. I certainly did him, and instinctively tried to stop breathing. “Been a while,” I said amiably.
“Yeah,” he replied. “Comin’ from the hospital.”
“I hope they’re taking care of you in there.”
“What?”
“Oh, just sayin’ I hope they’re lookin’ out for ya.”
“Not really.”
“I’m sorry to hear it.”
“There’s only so much they can do. I have cancer.”
“Gosh, I’m sorry,” I said.
“That’s why I smell bad, it’s not ’cause I’m just some… I want you to know, ’cause I remember you told me I gotta clean up, but it’s ’cause of this condition that I have.”
“I’m sorry, man. I appreciate you tellin’ me what’s goin’ on.”
“Yeah, I wanted to tell you ’cause… some drivers aren’t cool with it, and I was worried ’cause I remember you said wouldn’t pick me up if I didn’t clean up, but there’s nothin’ I can do about this condition.”

He remembered everything. I felt ashamed. My awareness of cancer has expanded in the intervening years, and I felt the deep, lacerating melancholy in his voice. “No, I totally hear you,” I said this time. “Man, cancer… I’ve lost good close people to cancer, and I just….” Ah, the weight. Perhaps you know the weight. I shook my head, stuck for words at a red light. The thought suddenly burst forth, intact; he of all people would get it, the fundament of the dilemma which haunts me so.

“What’s crazy to me is, there seems to be no correlation, at all, between whether or not you’re a good person, and how long you’re alive. Cancer just tears up the best and worst of people.”
“I’m a good person,” he said.
“I can tell, you’re a good dude.”
“It’s just this thing eating me up,”
“I respect you, man, and I’m so sorry you got this thing goin’ on.”

We moved on to other topics. He laughed incredulously at how I liked the 7 (“what about all those crazy people??”), and emphatically suggested I pick the 12 instead. We bantered back and forth about which route was better. He got off downtown. We wished each other a good night.

Later, I walked through the bus checking for lost items, and the odor lingered, strong, present. But I wouldn’t call it putrid now. It had a different shape in my mind, not rancid or foul.

It was the smell of immeasurable sorrow.

What plans did he once have? How wide was his smile, how rich his joy, before it all began? Did he know, in the year which would mark the halfway point in his life, that that was midway, and would he have spent it differently? Regret, despair, guilt, woe; these are the names of a present overwhelmed by the past, a past whose possibilities once felt tangible, now forever encased in glass. And what to make of the dispassionate heavens above, confounding in their silence as they look upon all that is glorious and terrible transpiring below? He was a child with a dream once, in America. He likely thought about family, accomplishment, romance, recognition.

He wasn’t thinking this.

He didn’t daydream about a deformed, outcast body with exterior growths, destroying itself against his will and revolting everyone within shouting distance. When was he last looked upon with anything besides pity and disgust?

I opened the doors at the terminal, but otherwise made no attempt to get rid of the smell. It was as nothing compared to what he was going through. I know something about that pain. Grief is largely the act of being confused on a profound level. We enter this world not knowing how it works, and we gradually figure it out… until we further discover we really have no clue, no clue at all. The great universe keeps its cards close, and we go out of this life knowing about as much as we did coming in. Design is difficult to ascertain at ground level, but if we’ve been able to make others and ourselves a little happier, left a good mark in a heart or two, then some good was done. We made a spark together in the darkness, and it was real.

I’m so glad I picked him up. I hope that just for a second there, when we were laughing about bus routes, he felt appreciated as a regular human being.