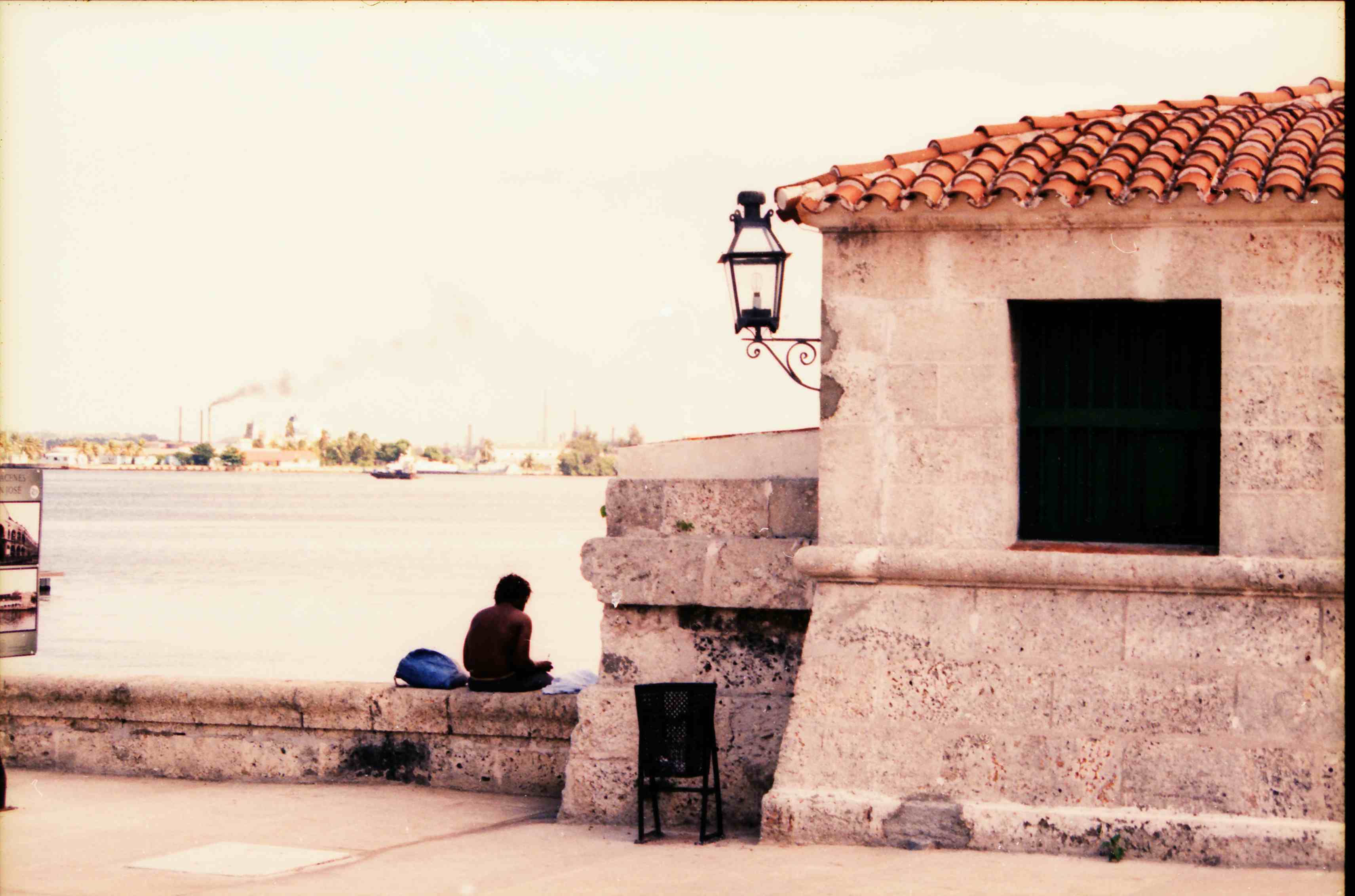 When I got to the 36 terminal in Othello, I looked in the interior rear-view and noticed a large body sprawled out on the floor of the rear lounge. I walked back there. He was big–not fat, you understand, but tall, well-built, a forty-something black American man not having his best day. His clothes were larger than he was, dark expanses of stone-washed denim and thick cotton, in keeping with styles of men half his age. He lay on his stomach, crumpled, a leg or two bent out underneath his torso, his cheek resting on the soiled, lint-covered floor. I couldn’t tell if he was conscious.

Don’t yell at people who are sleeping; speak in a normal voice, and clap loudly if you have to. A yelled human voice at close quarters is too confrontational. I spoke in easygoing tones.

“Hey, dude, you okay? Bro, can you hear me? Can you hear me all right?”
He stirred.
“How’s it goin’, big boss? Doin’ okay?” He grumbled incoherently, and I worried he’d fallen due to my stopping quickly; I thought I was alone. “I didn’t know you was back there, bro, I’m sorry. I gotta ask you to jump out though, man, it’s the last stop.” I was rambling. Nothing was happening, so I kept rambling. “Give you a couple minutes to get settled, but I gotta ask you to jump out, alright? Thank you. ‘Ppreciate you.”

We’re slowly losing the first syllable of “appreciate,” at least out here in the urban vernacular. I hear the word used often to indicate genuine thanks, but nobody bothers with the first syllable. Maybe they know it’s not a real alpha privative construction.

He spoke slurringly, into the floor, at my boots. “I’m a veteran, in this country you get nowhere. Federally, you know?”
“Thank you for serving.”
“I’m a private, now, now, niggers they don’t talk. They get shot in the back, they don’t count.”

The words brought me to where he was, and I now saw he was nearly in tears. I heard his helpless anger, the multitude of horrors those bloodshot eyes had witnessed, and continued to relive again. I didn’t know what to say. From his position he couldn’t see my face.

His voice was the pain of an observation so awful you can hardly believe it’s true. It was an exclamation, it was dismay, all at once, the dying breath of his concept of a just universe. The intimation of self-worthlessness was what stunned me most.

He twisted his body now, such that he could see me. I was squatting down, reflecting on his words, stunned by the candor of his despondency. We met eyes. I remember exactly what I was thinking: You do count. I think you count.

But I didn’t know how to say it.

It’s such a given to me that every life is of value, that regressing to a place where it has to be verbalized feels foreign to me. I was moments away from tears myself, imagining his words from his perspective. Of course I think you count. The crushing sadness of everything that could lead to such a state… I looked at him, and I didn’t know what to say. He held my gaze for a moment, reading my thoughts. I guess it was probably pretty easy, looking at my face, to gather where on the line I stood. I wasn’t one of the bad guys.

His voice was practically apologetic. Sheepishly: “alright brother, I’m a get up, man. Sorry ’bout that, I’m, I’m…”
“Take my hand, take my hand. Then we’ll get up, alright?”
We struggled a little–“you got it, yup, there we go–alright, big boss–”
“Yup, I’ma get up,”
“Yeah yeah, happy to help, happy to help.”

We were a hulking Bernini statue, two intertwining forms rising from the floor, a collection of strong limbs and boots, thick and draping fabric, dirty uniform, shoes squeaking on the floor… the two of us grunting with exertion as we ascended, living marble, to an upright position.

I watched him walk away, shaken. His words from the floor were a knife cutting through me still. I was inside my bus and he was out there, in slanting afternoon sunlight. I stared. A few elderly Vietnamese selling their goods on the sidewalk frowned as he approached them. They seemed to read him as another wandering thug. Oh, how little they knew of his story, his heartbreak. He was a young man once, likely signing up because he thought it would make a difference, supporting a country that had slighted him and wanting to protect it anyway. All those hopes and dreams, the ideas for betterment, bitter self-loathing, trauma and powerlessness, were now collected in this empty-shocked shell of a man, lost on a sidewalk.

Part of his soul was still inside.