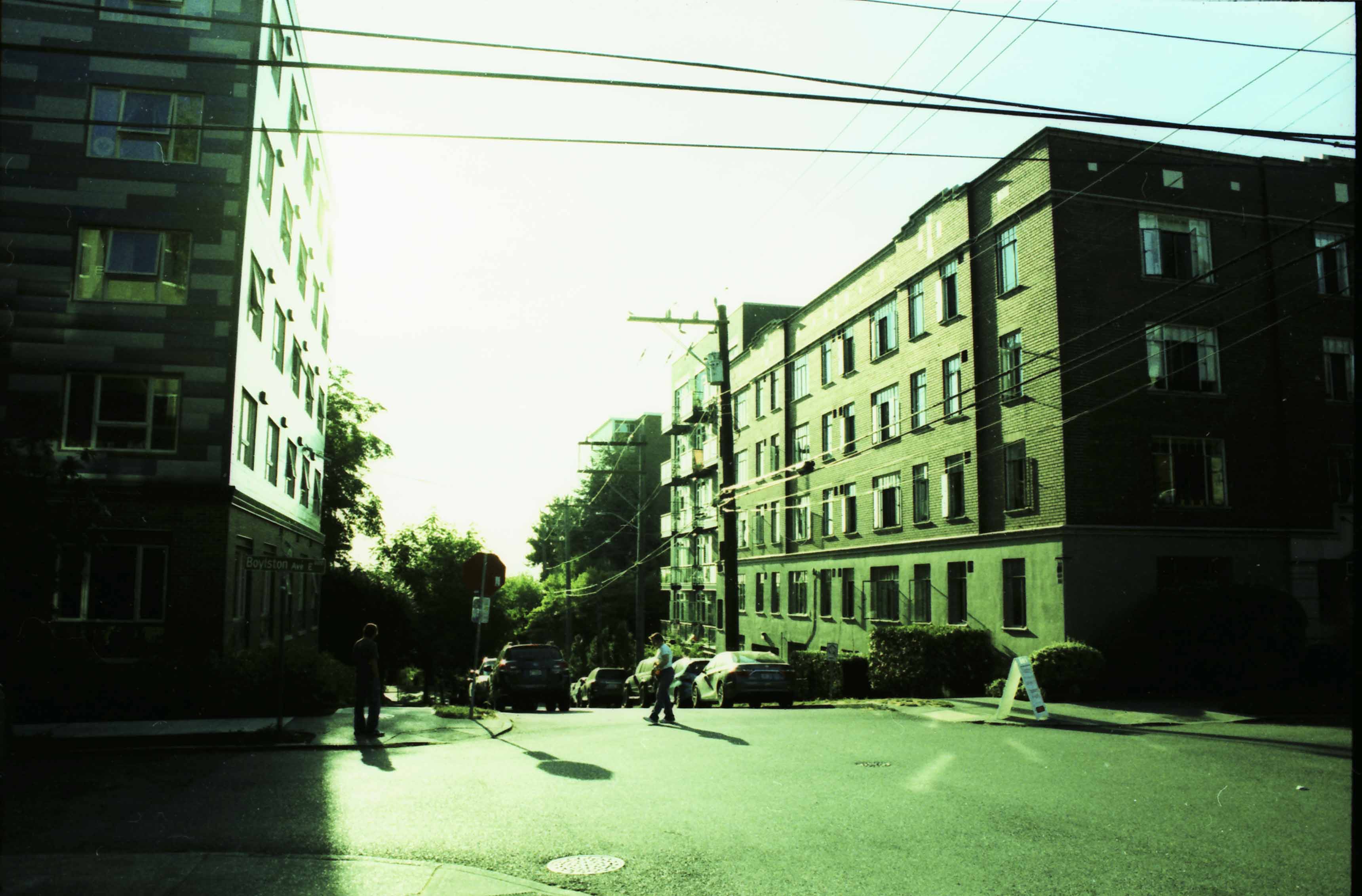 People will surprise you. They’ll prove themselves toward a quality or a strength you may not have thought them capable of. It doesn’t happen all the time, but it happens often enough for a pattern to emerge: give somebody time, respect, geniality, or space, and they’ll reveal volumes. It may be the help they give you, their heretofore concealed courage, some quality they haven’t had occasion to show before.

I was wrapping up my break at the U District terminal. A still night, empty, where each word meant a little more. Marcus tapped on my door just as I opened it.
“Nathan, can I please get on early. It’s cold out here and I’m feeling sick, man.”
“Oh hey Marcus. Sure thing.”
“Thanks.” He swaggered in, tall, a brown hooded jacket over another brown hooded jacket, the heavy outdoor gear, big backpack and garbage bags a contrast to his wire-frame spectacles and gruffly companionable self. ‘Hey, what do you do for sickness? What’s the Asian remedy, Nate? I got to know.”
“Uh,” I said. “Water’s good.”
“Cain’t do that, makes ya pee.”
“You got a cold or something, the flu?”
“I don’t know what I got. People coughin’,”
“Yeah, you don’t know what’s goin’ around. A number of folks I know got colds, it might just be a bad cold.”
“It is. I can’t handle it though,” he said, in a rare moment of non-masculine frailty. “My body’s achin’, my legs,”
“That’s awful, man! I’m tellin’ you, water, it’s good for the joints, flushes out the system…”
“Gotta drink a whole lotta that. Hey Nathan, take your time gettin’ down there. ‘Cause I wanna catch the 1:08 5. Don’t wanna sit out there forever.”
“Man. I love that! No one tells me to take my time! They’re always saying hurry yourself up!”
“Ha!”
“I will happily take my sweet time.”
“Stop and get a Dick’s burger.” He reached in his bag and said, “here.”
The knit cap still had the price tag on it, and rested-factory-flat in my hand. I took the proffered item, saying, “are you giving me this hat? This thing’s brand new!”
He reached in again and handed me a bag of new wool socks.
“Marcus, are you sure? I got socks….”
“That’s alright, I got ’em too. I tell you what, pick my bag up.”
It was the size of a small child, and weighed more. I hoisted it with a burst of energy. “That’s a beast!”
“That’s all clothes.”
“Marcus, you are hooked up!”
“Yeah, I’m hooked up. And I’m tired. Tired and sick…”
“I’ll take the hat.”
“Naw, take the socks too.”
You serious? Thanks, man! I wish I had food or something tonight,”
“Don’t worry ’bout that. I got that too.”
“Okay.”

He spoke a little more about how important socks can be, how fresh a new pair feels if your shoes are wet. In certain countries the gift of food is important, a given gesture of some size, and you accept it whether you’re hungry or not. It means something. You don’t turn down that goodwill. I think Marcus knows I already have socks and hats aplenty. He was giving me something larger, more important. Despite his assurances I knew he was in far greater want of clothing than I; but he needed to express his gratitude, and his brusque demeanor didn’t allow for that to happen in words. His love spoke through the language of gift-giving, and I wanted him to know I heard him. We carried on at the leisurely pace he specified, my favorite. I left the lights off; just he and I drifting through an abandoned city.