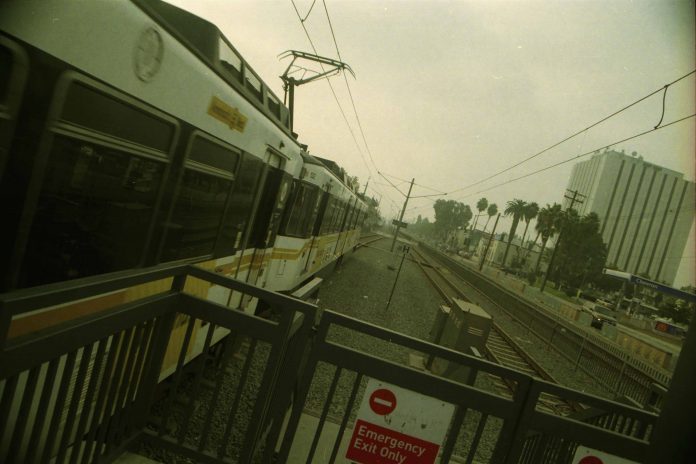 Something about the hard shadows gave the proceedings a quality of immediacy. You know, like the old westerns: standoffs beneath an unblinking desert sun.

I first knew him as a sullen teen sitting in the back of today’s largely empty 120. He pimp-rolled to the back lounge, a high-schooler swaggering to an audience of no one, preening like a sage grouse on an empty prairie. It takes a lot of effort to look like you’re putting in no effort, as many a teenage boy knows, but the few passengers I had—an East African grandmother here, a Latino mom and toddler there—couldn’t care less.

He sprawled out on the back bench and lifted up his shirt to expose his chest, revealing sculpted muscles and smooth, dark skin. Glancing in my rear-view mirror, I found the whole thing amusing; who exactly was he trying to impress? Was he aware how absurd it looked to ‘accidentally’ lift your shirt up to your neck and leave it there? No one does that. But hey, if it works for ya, you do you, my friend. It’s not like he was bothering anyone.

He got off on Ambaum at 124th, sashaying up to the front door, silently ambling out into the hot noonday light. Someone else was putting a bicycle on the bike rack, and thus I remained stopped.

He moved to cross in front of the bus.

Collisions put you in a different modus of processing time. It’s a strange and terrifying mixture of everything happening both much too fast, and sickeningly slowly. The car that flew down my left side seemed unstoppable.

He moved to cross in front of the bus.

Ambaum Boulevard is four lanes. My bus was southbound, alongside the curb. Lane one. Lane two was invisible to him, because my bus was blocking the view. That’s why there’s a sign inside every Metro bus that says, “do not cross in front of the bus.” He was breaking into a jog now, crossing in front of me, oblivious. It was still today for him, regular unremarkable today.

I remember a man’s body spiraling in the air after contacting a car he didn’t see—because he ran in front of the bus. I was a passenger, Route 16 at 5th and Northgate Way. I remember him talking on the bus two seconds ago: “thanks, driver…” And now, somersaulting against his will off a speeding car hood, smashing onto the ground and hard, the base of his skull the first point of contact.

I remember everyone from all directions dropping their concerns instantly and running over. Sprinting over, even if it was too late. In the mid-nineties people didn’t wear headphones; we all heard the snapping report of separating bone. I remember the car that did it speeding off as fast as it could, the only thing moving away from the body. I remember a man in dress shirt and slacks, running over from across the street. Something about his concern. The things that make you want to be a good person.

That’s what I thought about now. I thought too about my bus driver friend Paul, who years ago taught me to avoid honking the horn– unless it is to save a life. He’s saved someone that way, and I have too. Did I honk now? I actually can’t remember. I want to say I did, and I may have, but the speed of existence sometimes…

He is turning his head.

He is turning his head to the left, looking up the street, looking for cars. Smart. But this car is flying. Flying, down lane two, passing by me on my left. I’d looked in my left side mirrors and seen it also. I’m always looking at my mirrors.

It happened both very fast, and at exactly the speed it needed to. Here’s three young kids in a middle-class white sedan, probably their parents’ car. It’s a total mom car. Practical. Three Asian teenagers cruising down lane two on Ambaum, not slowing down because why would you, it’s midday in the suburbs with no traffic, and sure we’re passing the bus but what’s the big deal.

Kid from before, in lane two now. He’s right in front of them. This is life measured in fractions of a second. You have to be up for it, or else.

A minute ago I had thought he was a lanky show-off, swagger-splaying his body out in the back of the bus like that. The kind of insufferable self-absorbed haughty machismo that the narrow definitions of masculinity within hip-hop culture too often celebrate—in short, the black kid I see other black kids rolling their eyes at.

All that vanished from my mind. Isn’t braggadocio just another form of insecurity? “Little boy lost, takes himself so seriously,” Bob Dylan sings in “Visions of Johanna.” But wouldn’t we be serious if we were lost and confused, and what is adolescence if not an overwhelming period of confusion? It is the time of going too far in any number of directions, testing out what this strange life is, the better to figure out what suits you, as you settle into something in between later on. That’s all he was doing. I saw him at the moment of his imminent death as the child that I also am, that we all are. The universal human child, living life for the first time, searching in the dark for answers.

I desperately wanted him to live.

The kids in the sedan slamming on their brakes. The antilock mechanism preventing a skid. They are stopping fast; but they will still hit him at this rate of speed. The air is pregnant with heat and silence, only the sound of the car really, the top-down noonday shadows striking everything with an evenly graphic visual drama, clear tinted yellow, and contrasty.

He has registered the car’s zooming approach. With a half a second to spare he jumps straight into the air, directly up, up, up, lifting his knees.

He is jumping into the air as the car drives beneath him.

He is landing on the hood—balance, almost—wobbly—scrambling up the windshield and toward the roof because the car hasn’t stopped yet. Responding by reflex and momentum now, still moving to counter the car’s continuing roll beneath him.

The car halts just then, as he makes it to the roof. He has sort of ran up the windshield glass, and is standing on the roof now, teetering, arms out for balance. I think to myself:

Now everything is silent. All eyes are on him—me, the kids in the car processing what just happened, a pedestrian here and across the way, somebody in a balcony, my guy with his bicycle on the rack. He’s still standing there, spread-eagled and balanced like da Vinci’s Vitruvian Man. It’s a shock to the system how fast that happened, to me, to all of us, and him too. It’s catching up to him, the present is. And something else, manifesting now on his face: I just pulled that off. I am still alive, and there isn’t a scratch on me.

We didn’t run to him because we collectively perceived we didn’t need to. Every eye on him now had an element of admiration. The agility, the sheer speed… when things move so fast your reflexes do the talking for you, you better hope you’ve lived a certain way. He had to have been athletically inclined. The entire thing was over in under three seconds, and his every move was perfect. Sublime. The first time I saw someone cross in front, all those years ago, they died. But he because of his inclination towards basketball or track or soccer or jogging or whatever it was, he lived. Because of who he was, he lived.

Life can give you no better compliment than that.

He sat down on the car roof over the driver’s seat, his legs dangling down over the driver’s side window. He leaned his head way down, to look downside up at the driver, who was rolling open his window. I wonder they said to each other. Neither his bearing nor the driver’s gave any indication. Our Vitruvian Man said something brief, and then walked off. I was surprised he didn’t say more. The rest of us together watched him finish crossing the street, still processing what had just happened. It didn’t matter how haughty he was, who he was or how he acted. None of that mattered. He was a young man in the 21st century. I wanted him to live. ​