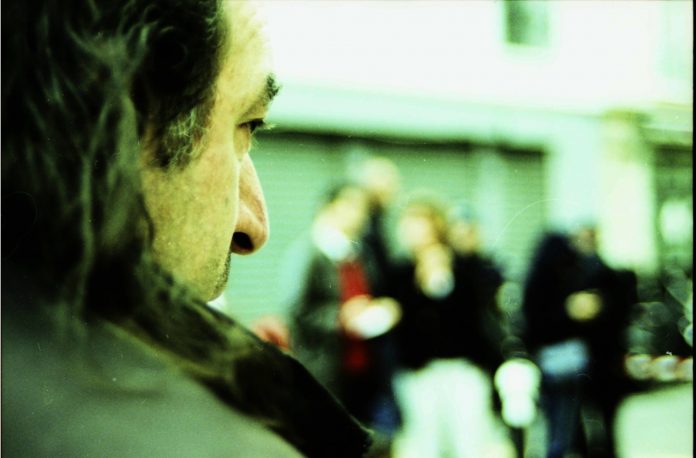 ​It’s one of my favorite stops because, like Fourth and Pike, there’s usually a mob waiting for you. In the ‘burbs, crowds at bus stops form themselves into orderly lines; here in the city center, disorganized mobs are the going thing. I’ll take either: it’s the pleasure of a big group entering your space, and getting a quick second to greet every individual stepping aboard. So much life, rushing at you in such short sequence. Can you believe each is the center of their own vast and detailed life, with joys and sorrows just like yours?

Here’s a man my generation but stockier, Latino, fluent in the language of the street. He was clad in beanie and sweatshirt and collapsing pants, slightly unshaved with piercing clear brown eyes, a man at ease with himself. Not all incoming passengers look at me; he did. People comfortable with street life usually do.

“I need to get your autograph, bro!”
I smiled. “Aw naw, I’m not that good!”
“For real though. I read your story in the paper when I was in prison. It brought tears to my eyes, dogg.”

Then he was gone, walking down the aisle and already replaced in my field of vision by the next face. But the comment stuck. I was moved, and at a loss for words.

Over two years later, at a totally unrelated stop in a different neighborhood, I greeted a different face: “You wanted the 7, right?”
“Yeah, just going around the corner, ” he said.
“‘Round the corner and down the street I guess.”
“Cool, just checking. Most of the folks here want the 70.”
“‘Ppreciate you stopping. Last dude just rode on past! You ain’t like the others, man. I done rode wit’ you a few times now, you always be respecting the people, whether they got the cash or no.”

He was sprawled out on the front seats, a thin and older African-American man with glasses, owning the space, his arm around the seat next to him. He observed as I acquiesced to a new passenger’s request to ride for just partial payment. “See, just like that, how you let him on. Lil’ thing like that could make somebody’s night. In fact, I may as well tell you, I was in prison not too long ago.”
“Okay.”
“And I read that article about choo.”
“You found the article!”
“Yeah, it was the Times, man. Front page. And I ain’t gon’ lie, man, reading that paper, about you, how you is with the people out here at night- that brought tears to mah eyes, man. You got no idea the effect you be having on folks that’s down on they luck, that’s going through some real shit. People need that light. Tears to mah eyes.”

The world is so much larger than we can ever know. What a remarkable coincidence. I briefly wondered if they knew each other. Did they share a cell, or a block? Or were they, far more likely, two lonely souls in similar rooms dozens or hundreds of miles away from each other, reading and feeling the same restorative hope?

Who had no idea their loneliness was shared by a stranger far away, also in captivity; who also was moved to heart-heaving silence by the same words, the same glinting reminder that compassion lives on this earth and was directed from time to time at faces just like theirs.

Someone out there knows me, they thought.

Knows I’m human, good enough, worthy of kindness just because I exist. I share this with you not because I am the someone in the article, but because I am the only person with the ability to tell you the piece meant something to these two individuals. Neither knows, in all likelihood, of the other’s existence.

But we are all rather less alone than we imagine. Recall that every emotion thrown your way by others is something you too have felt the seeds of. That the positive impact you have on others will always be more than you are aware. And that the universal human sensation, loneliness, is felt by all, and that by extension its antidote is longed for with similar potency.

Let me live up to the words in that article. To the promise it made you two feel. You read it and believed, were inspired; in times like these the world would have us feel otherwise.

I’ll do my best not to let you down.