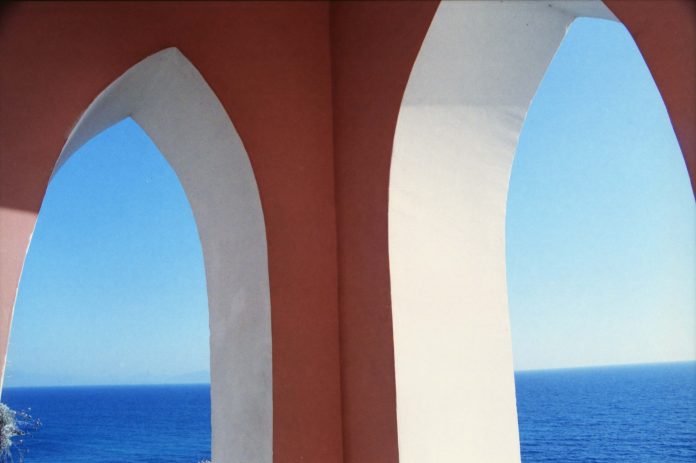 Unrenovated Fred Meyers will always have a special place in my heart. There aren’t many left; I only know of one, in Lake City. The layout, the font, the aisles and floors and widths and arrangements… these are the ingredients of my childhood, and they comfort me.

The American allergy to the past pains me because of its relish for erasure. It removes my ability to touch my memories, or feel the truths of an earlier time. I came of age in such spaces, and find myself in a reflective state when in them, able to think in the language of decades. There remain only a few locations that look like they did when I was a child. I treasure them.

It was while in just such a headspace that I stood in line at the Lake City Fred Meyer, observing the beige background behind the tuscan red sans-serif lettering which denotes what lies down each aisle. “Chips. Cookies. Peanut Butter.” Sublime. “Bath Tissue. Cleaning Supplies.” Ah, heaven. Echoes of a time when form followed function more regularly than the other way around.

The non-slip flooring, a collection of unglamorous off-white creams and tan streaks, the better to hide debris; the shopping carts with the green handlebar, which I knew intimately the feel of, the durable plastic flattened at an angle facing you. How my childhood hands would grab and hold as I turned the cart down the aisles.

Or the unsophisticated layout, navigable and plain, under signage with no need for stylish flash; does everyone find themselves so heartened by such details as I? Or is just me and Seattle Walk Report, whose illustrated enthusiasm for minutiae articulates these joys in ways both richer and lighter than words can ever touch? Earlier spaces tend also to be less shamelessly obsessed with taking your money. But more broadly, the passage of time writ on a space is one of the few reminders of mortality that is pleasant: we take comfort knowing we, too, have similarly survived the vagaries of time.

I looked at the person standing in front of me in line. She was dressed in a white habesha kemis edged in blue trim, with a netela wrapped about her head. Her face was exposed but turned away from me.

Was it her? The bouncing ball of joy I used to drive to the Ethiopian church in Judkins Park, who cleaned airplanes at Sea-Tac? Her ebullient character was one that stuck in my mind for years after last seeing her (the story linked above happened in 2014). The sort who makes friends easily, and is no doubt well-loved in her community. People love those who bring out the light.

“Hi,” I said tentatively as she was half-turning to look at something. “It’s Lamlam, right?”

She needed no reminder, no clarification. Her eyes immediately went wide with animated recognition. “Hiiiiiii!!”

Lamlam outstretched her arms and before we knew it we were hugging tight, the way acquaintances instantly become good friends when meeting on the other side of the world. I’d never seen her this far north, so far away from her old haunts, nor off the bus; but here we were now, neighbors in life. She was thrilled. We asked about each other’s jobs, where are you living now, do you still do this or that… but mainly we sang in the voice of community and belonging.

I found myself seeing the scene through the eyes of the cashier, who was watching our merriment with delighted surprise. She was a young woman who wasn’t expecting two such culturally contrasting customers to suddenly explode as one with glee; a demure Ethiopian woman in traditional attire on the cusp of middle age, and some young lone westerner in boring clothes. What could they have in common?

Everything, as it turns out. The cashier’s elated wonder only added to our jubilance. It became the three of us as I explained how we knew each other, and now we were a trio watched by the rest of the line, showing them what’s possible.

At the center of it all was Lamlam, a beacon who loved and felt loved in return, who lived in the easy burgeoning newness of a present she made. Such people are inspirations, especially when the world feels like it’s collapsing around you, losing all semblance of what’s recognizable.

There will come a day when I won’t recognize the interior of any Fred Meyer, or perhaps any store, I walk into. I will feel lost, as I sometimes already do, losing ground on a shrinking island as the world becomes less familiar. I hope then I’ll still carry this memory. Maybe all that will remain of it will be her smile, preserved in something akin to a photograph: Lamlam making the world glow.