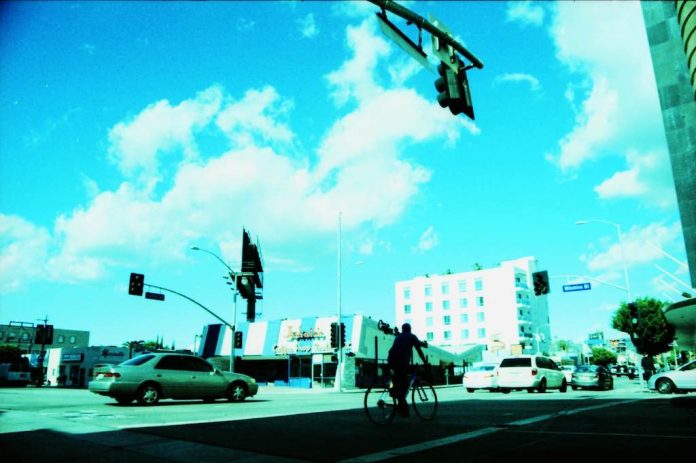 Not the most shocking of exchanges, you’re thinking. At least not at first glance.

But when you’ve seen the state he used to be in, constantly, year after year… I remember when Abdulahi first showed up on the Seattle scene. He was usually so drunk he couldn’t keep balance, and whether it was spilling popcorn all over the front half of the bus floor, or collapsing in the doorway and needing to be carried off by enterprising passengers and myself, or passing out in various states of unconsciousness untold numbers of times– Abdulahi was a handful and a half. You sighed when he got on your bus, because it meant you’d be on the radio with the coordinator and filling out paperwork later tonight, as sure as the wheels on the bus go round.

But I found it impossible to dislike him. I’ve never seen a happier drunk, and I mean truly happy—not the happy drunk who can tip into anger at one wrongly interpreted word, but a happy man genuinely pleased to see you, who always remembered my name no matter how plastered he was, who never bothered the other passengers, female or otherwise. We were similar in age and temperament, and I like to think we were both resourceful, even if we couldn’t be more opposed on personal health. Because although Abdulahi’s method for surviving may have been annoying, selfish and shortsighted, it was nothing if not clever. Here’s what he would do.

Step One: get plastered. There’s an art to it, and he knew it; you have to get so plastered that Detox has to come, or Medical has to be called. Other homeless people try to do this but their own attitudes get in the way. Abdulahi has the self-possession to avoid making poor or hurtful decisions during Step One. No one would accuse him of actually being good at holding down his liquor, but somehow he always managed to avoid causing disasters. He also knew the system, or learned it quickly: if you request medical assistance from a civil service employee, they are required to call for that assistance, even with no reason given.

Which brings us to Step Two. Step Two is when medical assistance shows up. I knew who Abdulahi was; the coordinator on the radio knew by the description who I was referring to; if police were called, they knew him also; the gents at the fire department and the guys in the detox van and the boys driving the AMR—we all knew him by name. Every person in the chain was familiar with the drill by now.

I remember more than one occasion of a medical response team stepping onto my bus with weary bemusement: “Oh, it’s Abdulahi. Here we go again. What’s up, man?” Once I was shown a call sheet. “We’ve admitted this guy to Harborview 32 times in the last two months,” the aid responder chuckled ruefully. You’d overhear the fire department, cops, and ambulance drivers working it out amongst each other: “Can you guys take him to a different hospital tonight? Please? Somewhere way out in the South End? We don’t wanna do this all over again tomorrow, and it’s not like we have room…”

They didn’t want another situation where somebody’s grandmother was dying, or somebody’s kid was getting shot, and resources weren’t available because of this. But what can you do? All you can do is Step Three, which is drive Abdulahi to a nice, warm hospital bed, where he can sleep off the alcohol away from the elements, get a free meal and a fresh change of clothes before being sent on his way to do it all over again. It didn’t matter what hospital they took him to. He’d be back in Chinatown in 18 hours.

Admit it. The man’s got this game figured out. While others in his condition are drinking themselves stiff to avoid feeling cold, or killing themselves with drugs they thought would only numb the pain, Abdulahi’s on another level. He’s in a climate-controlled room with free care, food, clothes, and attention. He’s way past them in enterprising ingenuity.

Yes, he may be the most expensive person in King County, and yes, it would actually be cheaper to get him his own one-bedroom apartment and pay market rates for his rent, instead of what we all chip in for his Three-Step method… But ethics are a privilege of those who are doing well. His mandate is to survive, and he prefers sleeping inside to sleeping outside. He prefers hot food to scraps, clean clothes to dirty ones, friendly nurses to angry strangers, being chauffeured to struggling… And don’t you? Wouldn’t you? Survival is necessarily a selfish act. Abdulahi found the paradox of generosity, the loophole of our flawed systems, and he milked it. Someone had to. May as well have been the friendliest drunk on the West Coast.

He married his childhood sweetheart at the age of seventeen. He’s a US citizen and proud of it. He’s a sweetheart himself, and never once got angry on my watch, which I find staggering when I consider how much frustration must daily be thrown his way. He’s gone through hardships worse than this. I think of other men I know, ex-child soldiers from Central Africa who now don’t have to kill people, who can instead while away their days drinking with friends who understand them; no money, sure, but no responsibility, no more evil. If that’s not an upgrade, I don’t know what is.

You never know the full story.

3. Of Systems and Goodness

Abdulahi started life over on the other side of the planet, in a strange land that works to keep black people uneducated, unemployed, angry, and imprisoned. I once read five personal essays by adult immigrant students in a continuing education program at Shoreline College. They were from various countries in East Africa, Asia, and Northern Europe. By coincidence, all five separately mentioned an identical observation in each of their essays. The wording varied, but the meaning was the same: I never thought about my race much, nor has it ever impacted my life to any noticeable degree… until I moved to the US. We are the land of unspoken mysteries, and our problems are coverups for other problems, because Life is complicated, confusing, and many-splendoured. In a place like this, you tread water because it works.

I don’t. And I don’t plan to. The only particularly valuable thing I have to give at the end of the day… is love. I get far more out of trying to be good than the opposite. It’s gotten me in trouble before, believe me, and it’ll likely happen again; but I am all I can offer.

And Abdulahi is more than he let on during his Three-Step years. He’s clever, and clever people eventually need more. Should I have been surprised when, after a long period of absence, he reappeared on the 120 and got off partway through the route? You have to understand: non-destination passengers always ride to the end of the line, because they’re not going anywhere. If you get off somewhere long the line, it means you have an actual destination. He got off like he was going someplace, he had paperwork in hand that looked important, and he was wearing clothes that weren’t soiled, torn, or stained. He wasn’t drooling anymore than I was.

It was a revelation.

That was over a year ago. He’s the very same now—sober, neatly groomed, gradually fading from the memories of an ocean of public service responders. I hope they discover how well he’s turned out, because Abdulahi’s rehabilitation represents one of the most genuinely shocking reversals I’ve seen on the street. I do see people turn their lives around, but I never would’ve guessed him. I never would’ve guessed the guy whom I (with his consent) once bodily dragged from the bus onto the sidewalk and into some bushes while wearing dishwashing gloves; who was once so plastered he stood a foot away from my face and innocently yelled, “do you have eyes?”

Perhaps I should’ve known from that smile of his, and the razor-sharp memory that could always slur my name correctly. Mister Nathan, he’d say, with a twinkle in his eye. Maybe that twinkle knew what beauty the future held.

We look for miracles because we would like to believe in goodness. We would enjoy learning of proofs that render our hopes valid, make worthy our faith. I can think of no greater miraculous and immaculate validation of the possibility of human growth, progression of the soul and body, persistent resilience and rebirth of the best in ourselves… than Abdulahi, Version 2020, chatting me up on Jackson Street, the two of us the most sober people on the block right now.

Miracles do happen. Sometimes they are absolutely and unimaginably massive. This is what they look like.

A man walking up the sidewalk with clean clothes and a smile.