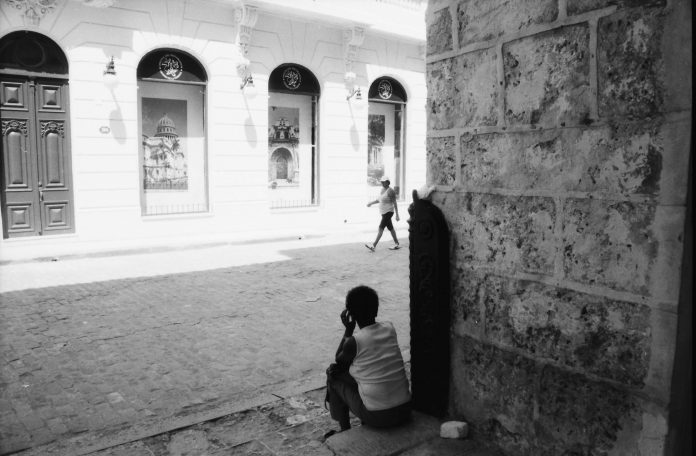 I should’ve pulled in closer, I reflected from my E Line driver’s seat, as I surveyed the distance between the open front doors and the curb at 130th. An elderly woman was trying to lift her walker up to the lip of the bus’s step. Stiff in her movements, cautious, the tentative attitude your gestures carry when you know the pain of a previous fall. I stepped out from behind my driver shield.

“Lemme help you out,” I said. I lifted the front end of her walker up and we made it inside. As she stood later, preparing to deboard, I offered to help once again. We shuffled out through the entranceway together.
“Here, grab my arm if you want,” I said, offering her my elbow.

She grabbed my hand. I held her fingers tightly with my own. We bridged the gap between bus and curb as a single united four-legged friendly wheeling beast. She continued telling me about her daughters, her plans, her itinerary for the night. I stood for a moment on the sidewalk, listening. I wasn’t ready to go just yet. It had felt so good to be touched.

Do you know what I mean?

When was the last time I had shaken a stranger’s hand? The gesture had had no meaning attached to it. It was just a utilitarian moment of… wait a second. It did have meaning. Helping another always has meaning. Acknowledging another. Implying respect, acceptance; these are the seeds of how we let another person know they are loved. Say it with your actions, your eyes and patience:

You belong here too.

That is what we can do during this unpleasant time. Embrace, in what ways we can. Convey to those around us that we care. We stare at our phones with desperation, trying hopelessly to hide from what we know is true: this all feels terribly lonesome. We are the social animal, and we derive joy and worth from interaction. Belonging, community, love: those have been stolen from us, restricted and suppressed, with an overlay of fear and very real death to boot. The tools we would normally use to navigate fear and death — which mostly have to do with belonging among other people, including strangers — have themselves been snatched out of our grasp.

Do not hide from this awful sensation.

Do not reach for petty distractions. News will not help. This is an emotional problem, separate from the other problems, and the antidote to despair is never reason. Feel it. Feel it, so you can then feel your way past it. In time you will see the people around you are as lonely as you are. They ache. They are not at their best. You are becoming okay with that, recognizing they are ordinary and flawed people under extraordinary circumstances, no longer in between history but caught in the thick of it. I believe it would help if they felt like they were part of something. Acknowledged.

Which is where we come in.

Saying hello to the person on the sidewalk. Thanking this or that employee for coming in to work. Being patient. Putting our phone and earbuds away, and connecting with the real world again. With strangers. These are the things our citymates so badly need, and it is what we as individuals can offer — for others, and by extension, ourselves. For now we’ll give without expecting much in return. It’s the giving that brings us up. We’re doing this for them.

These are our people.

If it feels safe to do so, try offering this. You cannot imagine the good you are achieving with these sorts of gestures. You have an opportunity to make others feel less lonely. You know, by now, what that loneliness feels like. You know the urgency.

If it does not feel safe to do so — well, that is the subject of my next post! Thanks for reading The Urbanist!