Hal and Kyle Griffith, the family that brought us the Great Wheel, and Matt Roewe, the architect that proposed the Capitol Hill gondola, unveiled plans for a new waterfront gondola system this Tuesday. The system will consist of three stations—one at Freeway Park next to the convention center, one at Waterfront Park, and an uphill-only station on Union between 1st and 2nd.  The gondola will be paid for using private funds, and the goal is to have it ready for operation within weeks of the Viaduct being removed. It will have a capacity of 1,800 people per hour per direction, will have a travel time of 5 minutes end-to-end, with a vehicle frequency of 16 seconds. Cars will carry eight passengers each, and will have room for wheelchairs, strollers, or bikes. They will travel on 8 columns at a height of 40-50 feet off the ground: enough to easily clear trolley wire. The stations will be set up above the roadway and will be accessed by elevators and stairs.

With the viaduct coming down and the seawall being rebuilt, the waterfront will be a complete construction zone for years. There is a risk that this construction will drive away customers and locally owned unique businesses would go bankrupt. If that happens when the waterfront is finished we may end up with far less character and national chains.

Just like the Great Wheel, the purpose of the gondola is to pull people to the waterfront. These would be conventioneers, but also tourists. The massive Freeway Park parking structure is currently closed on weekends because there’s little demand. But connect that with the waterfront and you get an easy on/off the freeway trip to downtown and the water. Less traffic driving through the city, and easier tourist access. You couldn’t do this with buses—there’s a cliff in the way, the route would be ugly, and it would be slow and infrequent. Although it seems like a reasonable distance to walk, tourists don’t tend to walk this far—parking is difficult to find near the waterfront on summer weekends, yet just half a mile away lots are empty. Plus there’s a significant elevation change as you approach the waterfront. Considering this as just a tourist line, the effect on the city is positive: a bit less traffic downtown and saving businesses on the waterfront.

Kyle Griffith has talked about 2-tier pricing and Orca integration, and has looked into options for extending the line up First Hill. Now that gets interesting. The downtown node happens to be a bit over 1 block from the light rail tunnel entrance, and 1/2 block from the future streetcar. The waterfront station is less than 1/4 mile from the Coleman ferry terminal. Plus Freeway Park is so empty it’s dangerous, and this could activate it both as a station in this design and as a transfer node if the First Hill line is built. As transit projects go this won’t have a huge impact—a pedestrian will probably only save 10 minutes between the waterfront and the convention center. But for families, the elderly, suburban drivers, and even some ferry commuters this has the potential of being a useful piece of the transit system. And it won’t cost taxpayers a dime. 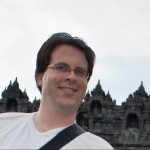 How will this affect the protected bike lane and pedestrian space on the waterfront?

Thanks for the helpful additions Matt. Your point that transferring between gondolas would be easy with 16 second headways is compelling. I am sure most of us would like to see gondolas make it all the way to Broadway and beyond. I think they will probably run into capacity issues if the waterfront redevelopment is successful. Lines to board might be the biggest problem with a gondola, particularly if they price rides low to get maximum ridership. Parking will earn millions in annual revenue for the convention center so I am very curious how that money will be spent.

I would be amazed if we hit capacity issues. 1,800 per hour per direction is a whole lot of people. The convention center only(!) has around 1,200 parking spots.

“The downtown node happens to be 1/2 a block from the light rail tunnel entrance.”

How do you figure? I get 1 and a half blocks to 2nd and university.

“Kyle Griffith said he wants to have Orca integration.”

That would be awesome. Now if only we could convince the Seattle Center Monorail to do the same…

You’re right. I used the Goolgle map without thinking about the physical area. Though the entrance is shown on the north side of 2nd, that’s really just a path to the south corner. I’ve updated the post.

At 5 minute travel time, this will be far faster than walking as you won’t have to contend with waiting for traffic lights.

In the “olden days”, transit was largely privatized. It will be interesting to see hoe this works with out public transit focus. What’s this about ORCA integration? How would that work with a private company?

From the press materials: “The gondola will be operated like any small business but because of the extremely high start up costs it is unlikely to be profitable for many years from now, if at all. The motivation for the gondola is not to profit from ticket sales but to increase visitors and pedestrians to the waterfront and subsequently downtown as well.”

I think it’s far too early for anything to be firm, but the stated goal is to maximize ridership, which will lead to as many people as possible visiting the waterfront. This lead to a discussion of 2-tear pricing, and Kyle Griffith said he wants to have Orca integration. It’s not clear how far this has progressed, or what the process is to add Orca, but I don’t know of any fundamental issues.

I’ve heard that it will be ‘extendable’ up to First Hill, but that it might require another Freeway Park station, is that correct? Why is that and is there any way to build it so that it is more easily expandible? If so, how much more would that cost?

Along the same lines, how much more would it cost to make the middle station two way?

It seems to be more about geometry than anything. Matt said the Freeway Park station could be built so that it could be moved, but looking at the grid I’d want a seperate station to be able to follow existing streets. Remember, unlike other transit a transfer is almost painless on a gondola, with 16 second vehicle frequency.

Regarding the middle station, the answer seemed to be more about minimizing the bulk of the station and keeping sight lines clear. Cost could be a factor, but to even make it single sided they need to take one car lane.

1. Why is the 2nd Avenue station proposed for uphill only? As you mention, it is quite close to light rail and a future streetcar connector. Having two-way access is essential. These connections are what could turn a “tourist toy” into functional transit, if it is ever extended to First or Capitol Hills.

2. 16 second frequency is amazing, a main advantage of cable transit. However, the typical gondola user is actually using 3 vehicles: the elevator to the station, the gondola, and the elevator at the departing station. The least frequent of these 3 determines the total travel time and convenience for the trip. I bring this up because my experience with public transit elevators is that they waste a lot of time. To be attractive, the average rider needs to get on an elevator as quickly as they can get on a gondola.

1. I believe they went with a 1-sided station to minimize the size and visual impact. As it takes only 5 minutes to ride from one end of the system to the other, those that can’t walk down the hill would still only have a short delay by riding up to the Convention Center and back. If travelling between the CC and the downtown node the delay is even shorter. That said, it’s certainly a compromise.

2. I assume that like most downtown tunnel stations the stairs would be much more heavily used than the elevator. I don’t think a 16 second frequency would be possible for elevators without installing quite a few of them.

Our May Meetup guest is outgoing OPCD Director Sam Assefa. Register here for the Zoom link to the May 11th event.

Council President Lorena González is our guest on June 3rd. ICYMI, she is running for Mayor. Details and Zoom link here.

In March, we hosted Roger Millar, who is Secretary of the Washington State Department of Transportation, and you can watch the Millar video here.

ABOUT US
The Urbanist serves to examine and influence urban policies by promoting and disseminating ideas, creating community, and improving the places we live. Founded in 2014, the organization provides daily news coverage and opinion in the advocacy journalism tradition along with social and educational events. The Urbanist is based in Seattle and registered as a nonprofit 501(c)(4) entity.
FOLLOW US
Except where noted otherwise, all content is licensed under a BY-NC-SA 4.0 license.
wpDiscuz
Loading Comments...
Comment
×