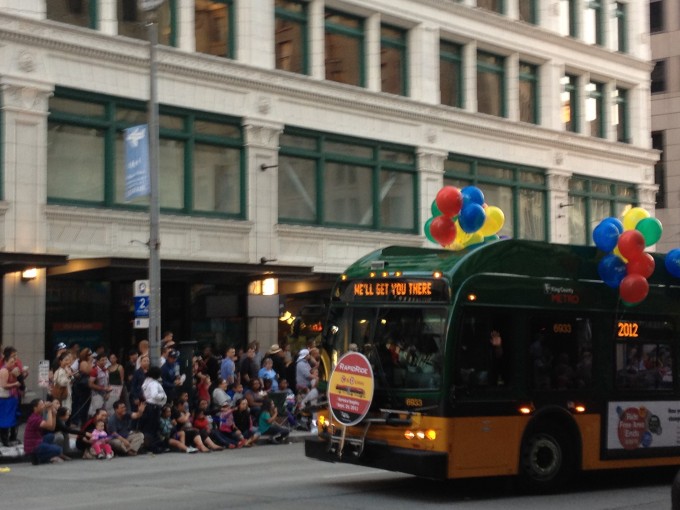 Save the buses: The Seattle Transit Blog has been tearing up the blogosphere with every reason why you should vote YES on Proposition 1.

Bike protection: New stripped bike lanes have arrived in the U District. Burke-Gilman/UW riders will rejoice the addition of this facility on NE 40th St.

It’s going to the dogs: Apparently people love their dogs way more than kids if they live in the city.

Maptastic: If you love maps and subways, then you’ll love these standardized subway maps.

Developers for affordability: It’s not something you hear often, but a Canadian firm wants to bring affordable units to Seattle.

Ditching the cars: car2go has been pretty effective at inducing people to sell their cars, but it isn’t necessarily all roses.

Don’t forget the paint: A new Capitol Hill development has been delayed over paint. This is why you stick to the plan.

Amazon changing the market: The company is changing more than just the face of Main Street, it’s changing our city.

Unclogging the streets: Traffic levels are crashing in the city, and quickly.

Death of the mall: Teens just don’t care about hanging out at the malls anymore. Kids these days…

A rainbow of color: These Dutch fields of tulips are amazing. Don’t forget that we have our own.

Public safety: It’s a tragedy if we allow public spaces to be unsafe for anybody, but especially for women.