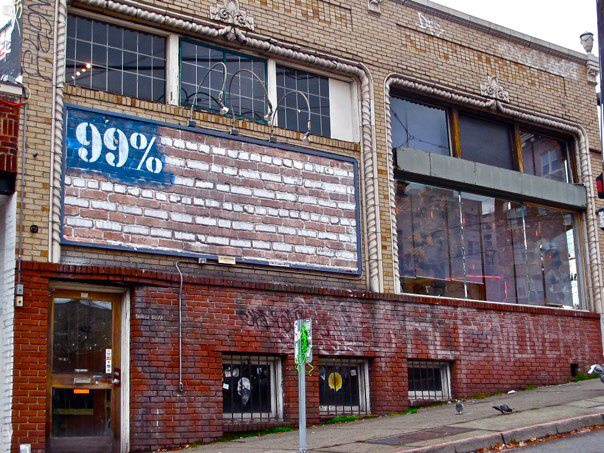 Safety project for Dexter: The City is finally planning to provide safe bicycling facilities from Mercer to Denny on Dexter Ave.

Ditch the road centerline: Transport for London has experimented with removing the centerlines of roads and found that drivers dramatically reduce their speeds when they don’t know the extent of a lane.

Unappealing: A King County Superior Court judge has ruled that each dorm room constitutes a unit in microhousing, despite city code.

Charting the CVS evolution: A good chronicle of how CVS improved the design for their future Uptown location through design review and emergency minimum density requirements by Council. This project went from single-story, single-use to multi-story, multi-use.

Farewell Goran: Goran Sparrman, who had been Interim Director of SDOT, has decided to resign from his current post in the department after being knocked out of the running for Director.

Re-wild the urban: London plans to up its eco-cred by helping to establish some serious new wetlands in its Lea Valley, an area north and east of Central London.

Liberal-Conservative urban divide: One chart puts the top cities in perspective for their ideological leanings, no surprises here.

“Free” parking: It’s costing taxpayers a lot of money just to waste space on parking that no one, but everyone pays for.

Try the courts: Developers are suing the City of Seattle over incentive zoning fees, but their argument is pretty shaky.

Cyclist protest: Toronto wanted to remove Downtown bike lanes, but cyclists won to save them.

Urban canopy: Toronto also plans to dramatically improve its tree canopy from 28% to 40% by 2040.

1 million boardings: Link hit over 1,000,000 boardings in the month of June (a new record) while the system continues to see massive year-over-year growth.

America’s best neighborhood: Apparently for the urban dweller, Capitol Hill Seattle is where you must go if you want the best affordability, walkability, and opportunity.

Premiere on Pine: A look into the new 40-story building next to the Paramount Theatre.

Twitter fail: Governor Chris Christie pisses off his constituents over a transit tweet, they’re still bitter that he mothballed the ARC and is abysmal on transit.

Faceoff: Seattle voters will have to decide between one of two pre-school proposal in the General Election, or they could just say “no” to both, says a judge.

Bham pride: Bellingham has a plan to create the best bicycling system in the state.

Commutes are desirable: It may be surprising, but no commute isn’t preferred, some is.

Redesign urban parks: First Hill residents want to re-imagine urban parks so that they become better spaces for all.

High-speed rail’s challenge: Yonah Freemark argues that the delay of true high-speed rail in the US basically comes down to the failure of the Federal government to lead.

New microhousing rules on the way: Council Member Mike O’Brien wants to have permanent rules for microhousing come September, but no one is satisfied with the outcome of the draft rules.

Retrofitting the suburbs: An interesting idea to use space above shopping center and strip mall retail to put in condos and apartments.