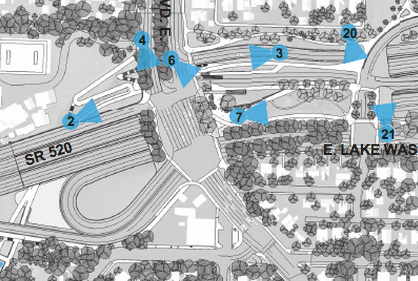 Seattle state of mind: Seattlish wonderfully takes down the micro-housing concern trolls on their parking fallacy. A new 10th Ave and Union St apartment is ready to open to tenants, but there is a small problem for the developer. North Seattle may have found its candidate for next year’s council district elections, say hello to Halei Watkins. Mayor Ed Murray plans a healthy increase in the number of officers on the beat for 2015. The Supreme Court rules that the Washington State Legislature is in contempt of court over education–good work Republicans! A brief history of the Denny Regrade and what the intersection of Westlake Ave and Olive Way looked like. Seattle is planning 14 new small parks! And, the Northgate ped/bike bridge loses out on TIGER funding this year.

Social equality for all: New York City is very committed to delivering affordable housing through new development. Maybe it’s time to consider a universal basic income, despite the political obstacles to it. Bellevue appears to be the next battle ground for $15/hr while Tacoma mulls paid sick days. First Hill residents face hike in rents thanks to a recent sale.

The deciders should ride: Two articles this week make the case that the decision-markers of bike and transit networks should actually have to ride if they’re going to plan them. Bike Portland says that none of city hall’s council members even ride a bike, and that’s a big problem. Meanwhile, City Lab walks us through a success story in Houston where the deciders are required to ride transit. An intimate look at how desire lines should be considered when designing streets for bikes. And, how Vancouver, BC designs intersections for bikes in mind.

Keep training along: Some minor tweaks are coming to Sound Transit Express routes in late September. Sound Transit also has issued clarifications for design proposals by private developers at the future Capitol Hill Station area. A look at the Senior Fare for Metro and an argument of fixing it toward income, not old age. You can’t stop the train!–or at least not Link train; ridership growth is still spiking with no end in sight. SDOT will make a few more improvements along First Avenue and Denny Way for buses. Metro and Sound Transit have a plan for better integration. Tacoma chooses seven stops for the Tacoma Link expansion. And, Council Members Licata and Swanta write an op-ed saying that you must support the bus measure, Proposition 1, in November.

The arrogance of space: Everything and more that you wanted to know about the unfunded SR-520 plans for the Montlake-to-I-5; there are some big changes in WSDOT’s latest revision. Mostly, WSDOT’s plan is appalling for everyone, including drivers. It comes down to matter of “arrogance of space“. Washington State isn’t the only place that suffers at the hands of incompetent transportation engineers, so does the other Washington–although there are some interesting private designs for a new bridge there.

Once around the sphere: It looks like Toronto Mayor Rob Ford is bailing on the election; given his anti-ped, bike, and transit stances, we ain’t sad about that, but we will miss his shenanigans. The latest data on climate change has us saying “yikes”!–we’ve got a long way to go in order to get things under control. London’s River Thames has taken a turn for the better, so much so that swimming in it isn’t such a scary idea anymore. It would be great if a developer could deliver this kind of project here. A Dublin company wants to help folks know where development is happening before the bulldozers hit the ground. Pedestrian-oriented storefront retrofits on ugly buildings can really improve the streetscape and comfortability of spaces. And, state tax incentives for companies is one big fail.

Map of the week: 7 transit maps that show you the nearest local burger joint, coffeeshop, bar, and more.