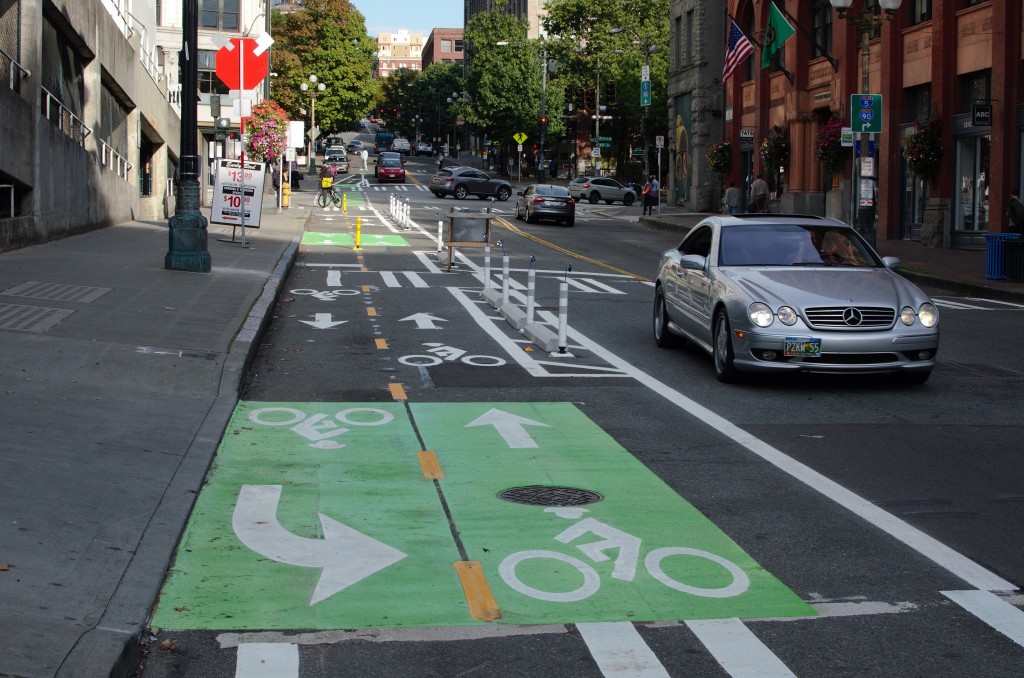 With the introduction of new protected bike lanes last week, we knew that ridership in Downtown would skyrocket. We just didn’t know how much. From a press release yesterday, the Seattle Department of Transportation (SDOT) delivered some amazing numbers:

…[SDOT] released data for the new Second Avenue Protected Bike Lane that shows bicycle ridership has tripled due to the new facility. With the conversion of the former one-way bike lane to a two-way, protected bike lane, an average of 1,099 bicyclists a day used the new lane on September 9, 10 and 11 according to electronic counters. This is three times the daily number of cyclists that had previously used the former one-way bike lane.

To put those numbers in perspective, SDOT tweeted out a comparison graph of the new bike lanes versus the old bike lanes on Second Avenue. The graph below speaks for itself. Impressive ridership gains are seen for all hours of the day, but most dramatically during peak commutes. For more on the numbers and bike lanes, check out Tom’s analysis over at the Seattle Bike Blog.