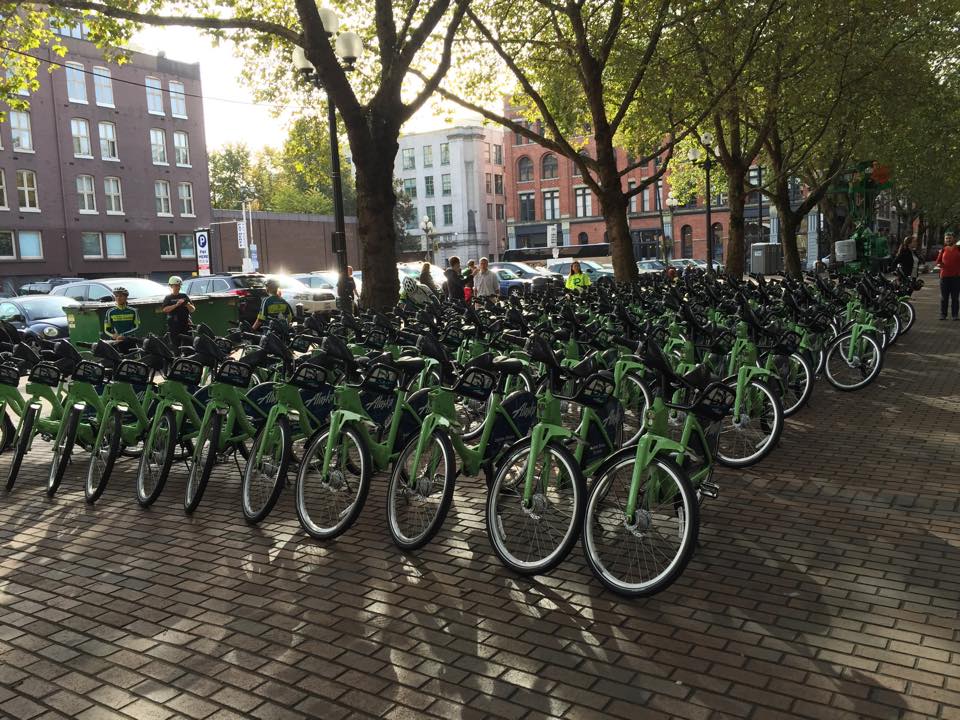 Pronto! bikes are already circulating the city. They’ll be available for all users beginning at 1pm. See our earlier coverage on the launch from this morning for more information or the Pronto! blog.

Getting ready to hit the Seattle streets: @CyclePronto #bikeshare pic.twitter.com/rPBRw7bNyq