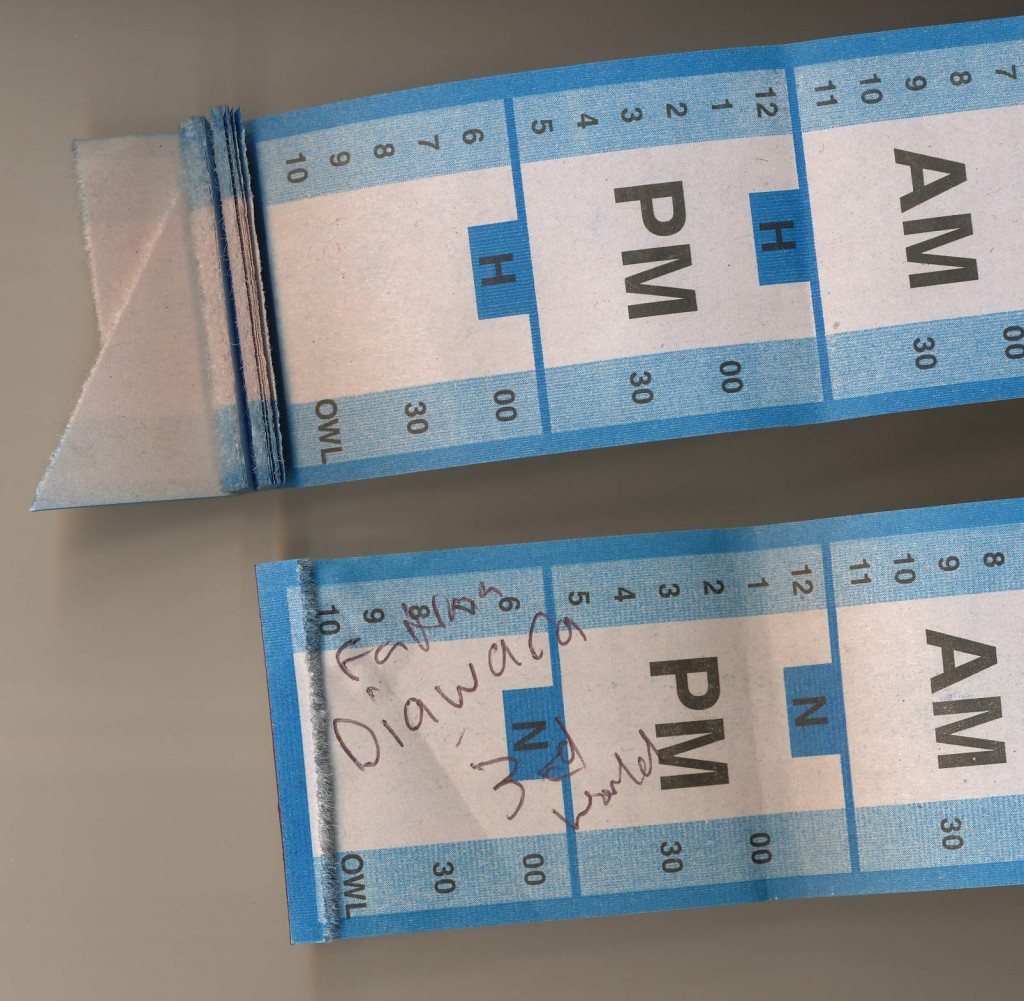 They get on at inbound Campus Parkway, having just passed up a 71. “So I’m just goin’ to Capitol Hill, not Downtown,” I explain. It’s a short 49, merely going down Broadway and eventually back to Base.
“What?” says the first man.
“That’s fine, Capitol Hill perfect,” says the other. “You go down Broadway, right?”
“Yeah, Broadway.”
“See, Broadway,” says the second fellow to his friend. “Perfect.”

I hear the second man muttering. They’re the only people on the bus– it’s my last trip, a late-night short 49 to close out the evening. The pair strike me as first-generation African versions of the Odd Couple, or maybe Laurel & Hardy, except this time Hardy’s not tall and heavy, but the short squat fellow. Just as self-serious though. Laurel in this case is the second guy, taller than in those classic films, lanky and very fit this evening, one of those folks you sense feels pretty jolly regardless of the circumstance. Hardy over here, not so much. He’s muttering darkly. “Well, that 71 stops at Convention Place, which is closer. Had we known.”

He and I laugh in solidarity.

“He’s the bossman,” Laurel continues. “Me, I got my running shoes!”

“You ready for anything!”

“Yeah. Well, not yet. We make a stop first, my friend he wants to see some music.” I can’t get over the deep fearless baritone of his voice. One of those men whom you have no idea what their past life consisted of, but you better believe it required confidence.

“Yeah, is just a small band, one of our friends, underground, but they’re good, you know?”

We fly up Harvard, approaching Roanoke, making that wire sing. Nobody’s out here. I think about not inquiring further about their friends’ show, in the name of respectfulness… how lame that would be! “What are they called, what’s the band’s name?”

“Yes, they play at the Baltic Room, on Monday nights.”

“The Baltic Room yes, right over there,”

“Yes. Monday nights. Nowadays the interesting genres they play on weeknights. Reggae, International, this type of thing. And then the hip-hop, R & B takes over all the weekend.”

Hardy’s too busy sulking to take part in the conversation. He gets some good alone time peering out the window. Laurel and I, though, we could be anywhere–a ship’s hold, back of a kitchen, janitor’s closet, folding hotel laundry–all the nooks and crannies where the working folk air their opinions, listening and making hand gestures in forgotten rooms, all over the back sides of the city. Populations choosing to spend the in-between moments talking together, sharing something–life–in common. Wiping your forehead with a rolled-up sleeve. Aren’t you glad to be alive in this world?

“More normal, yeah.” Slightly pejorative and okay, just a little delectable, tones from both us, as in, we both know there’s more than just that type of music, and we feel snobbishly good about this.

“Well, that makes me feel good, because I have weekdays off.”

“Exactly!” He leans forward and back, elbows on legs spread apart, too charismatic, too enthusiastic to fit in one passenger seat. We build on each other’s energy.

“Yes,” I agree, “because the world is so much bigger than just the, United States,”

“Yes! I tell my friend here–” heeah–“sometimes you have to listen outside your comfort zone!”

“Yes, and discover new things! I say, if you only ever listen to stuff you already like, you may never find things you absolutely love! Things you never would have guessed!”

We dissolve in a joyful ball of agreement, nodding furiously. Hardy looks out the window. He rolls his eyes when Laurel slaps him on the shoulder, trying not to smile.

Tenth Avenue and Newton. After a pause: “hey. How do you spell that name? Fatima I know, but the last name?”

“And then Third World, that will be easy for me to remember. Thank you! Now I have something new to listen to!”

“Yes, you will like it. They ah very different from each other.”

Hardy speaks. “Hey, could you let us know the closest stop for Broadway and Pine?”

“Just if you could let us know the closest,”

“Why are you worried?” Laurel speaking. “Everything is fine! It is a short walk.”

Good-naturedly: “Stop trying to make it seem like a far distance! We ah already here, I could get off now even and be right there already!”

It’s clear now it’s really the Laurel who wants to see the music, not his friend, as he first intimated. But no mind. They are a regular comedy duo, one forever happy, the other forever the opposite, an odd couple, griping and laughing their way through a good time. The second man reminds me of myself as a child. Remember those moments when your mother was doing everything she could to get you interested in trying this meal, or getting in the water, maybe taking off those training wheels? And then you discovered how much you loved it? We don’t know at that age what lies beyond the comfort zone. I hope Mr. Hardy has a similarly unexpectedly good time at the show tonight.