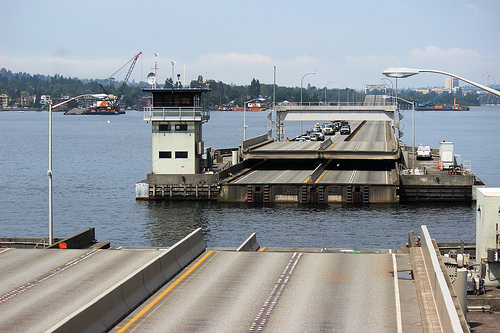 Trolling Bertha: Republicans came up with a plan to kill Bertha, only to have the idea squashed by their myopic transportation committee leader in the Senate. A postmortem says that it was clever theater even if it didn’t actually kill the project.

New vouchers: King County Housing Authority opened its list for Section 8 applications and has been flooded with new requests.

Trash shaming: Now that composting is required, Seattle is shaming people into compliance–at least until July when you’ll get fined.

SPD under review again: The Seattle Police Department pepper sprayed a teacher on MLK day for no reason, and naturally the department is under review for the excessive actions.

Transit for women: It may surprise you, but women are the largest users of transit, and maybe we should be catering toward their needs–we largely don’t now.

New Greenway: The Central Area Greenway is under construction with new markings, speed bumps, and signage.

Delta v Alaska: How Alaska Airlines and a Delta are vying for the hearts and minds of Seattle fliers.

More changes to BGT: Next week, more changes will come to the Burke-Gilman Trail, this time at the UW.

Improving bus-rail connections: A look at how bus routes could be aligned around the new UW light rail station in 2016.

Dropping endorsements: The Cascade Bicycling Club may choose to drop their elections endorsements for candidates.

Unions v sprawl: The unionized trades are often pro-sprawl, but it doesn’t have to be this way.

Height fixation: An architect talks height and says maybe we are highlighting the wrong thing, design is what we should really care about.

Terminal planning: Big expansion of Seattle-Tacoma International Airport could be in store.

Bike highway: A cycle superhighway might just find its place in London.

Getting to ST3: A primer on how we expand light rail.

Love your city: 28 great things to do in Seattle!