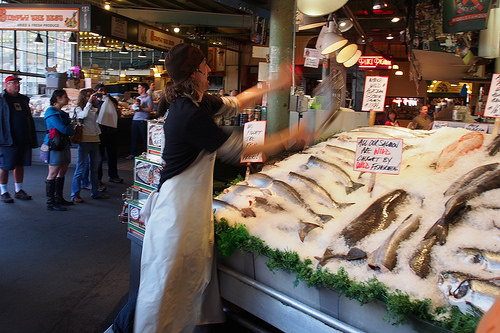 Too posh to understand: Tom Douglas backs down from surcharge for higher minimum wage after making a big stink earlier this week about it.

Dear landlord: A heartfelt letter to the new landlords imploring them to hear the human side of things, not just the dollars and cents.

Home on Bellingham Bay: The Port of Bellingham finally is getting waterfront redevelopment, meet Harcourt.

On the brink: California goes all in and places hefty water restrictions on municipal water systems. But the effort may just be in vain.

Mount Baker redesign: The intersection at Mount Baker Station in the Rainier Valley could see a huge, sweeping redesign; one that the neighborhood absolutely deserves.

Mapping the competition: Amsterdam is harnessing the power of interactive mapping to highlight their startup business culture to, well, attract business, and here’s why.

April Fools’: The interwebz got a little bit absurd for April Fools’ Day.

We can do better: A case study into flawed street design.

Getting it done: SDOT will install 10 new taxi stands this year and wants your input. The agency is also re-timing lights in Downtown Seattle.

Setting the price: Three reasons why we should be pricing parking right.

More options for tent cities: The Seattle City Council approved legislation that would allow tent cities in a wider area of the city, including residential neigbhorhoods.

It pays to be green: A Texas city went 100% green for the energy source, but not for the environment.