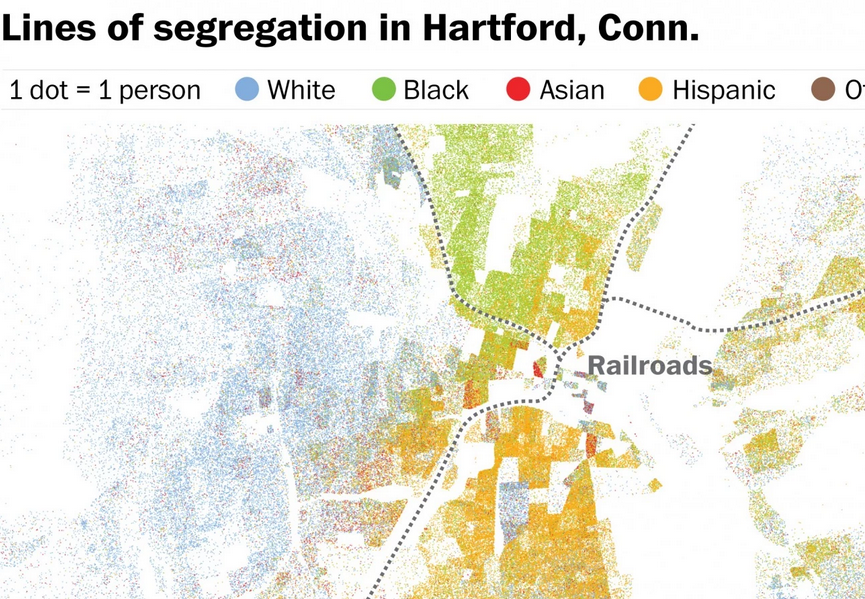 Unconventional: CHS digs deep into the details of the Convention Center expansion proposal; Curbed Seattle has the cliffnotes.

Poisoning the well: Governor Jay Inslee is actively considering a swallowing the “poison pill” in the statewide transportation package; this would kill over $1 billion in active transportation funding, but allow the Governor to pursue climate change goals.

Wrong side of the tracks: A series of maps across the US that show how highways and railways really do cause racial segregation.

‘Tactical urbanism’: Not the best term for it, but First Hill shows off some new street furniture and activation features.

Rezoning 23rd and Union: An update on the rezone proposal for the commercial node at 23rd Ave E and Union St.

Turn off the lights: “The old suburban office park is the new American ghost town.”

Wind struck: London’s Walkie Talkie tower is making many unhappy with its downdrafts.

Extreme urban art: Karlsruhe is trying out some extravagant and extreme art to spruce up a construction site.

Timeline: The legacy of rails-to-trail in a digital timeline.

The San Fran Effect: An explainer on how San Francisco went from America’s progressive mecca to unfathomly unaffordable.

Not an accident: “We don’t say ‘plane accident.’ We shouldn’t say ‘car accident’ either.”

Mortgaged: An op-ed in Vancouver, BC on how mortgages and foreign investment a major players in the inflation of housing prices.

Road addiction: Politico asks why America is spending so much money on roads despite a national funding crisis for transportation and looks into one Wisconsin city addicted to highway megaprojects.

Urban Pope: Five ways that the Catholic Church and Rome have put the Pope Francis’ urban and environmental ethos into action.

Designing for light: New York City thinks that buildings can be built tall without sacrificing light.

I-5, it is!: The Sound Transit Board chooses an amended I-5 alignment for the Federal Way Link extension.