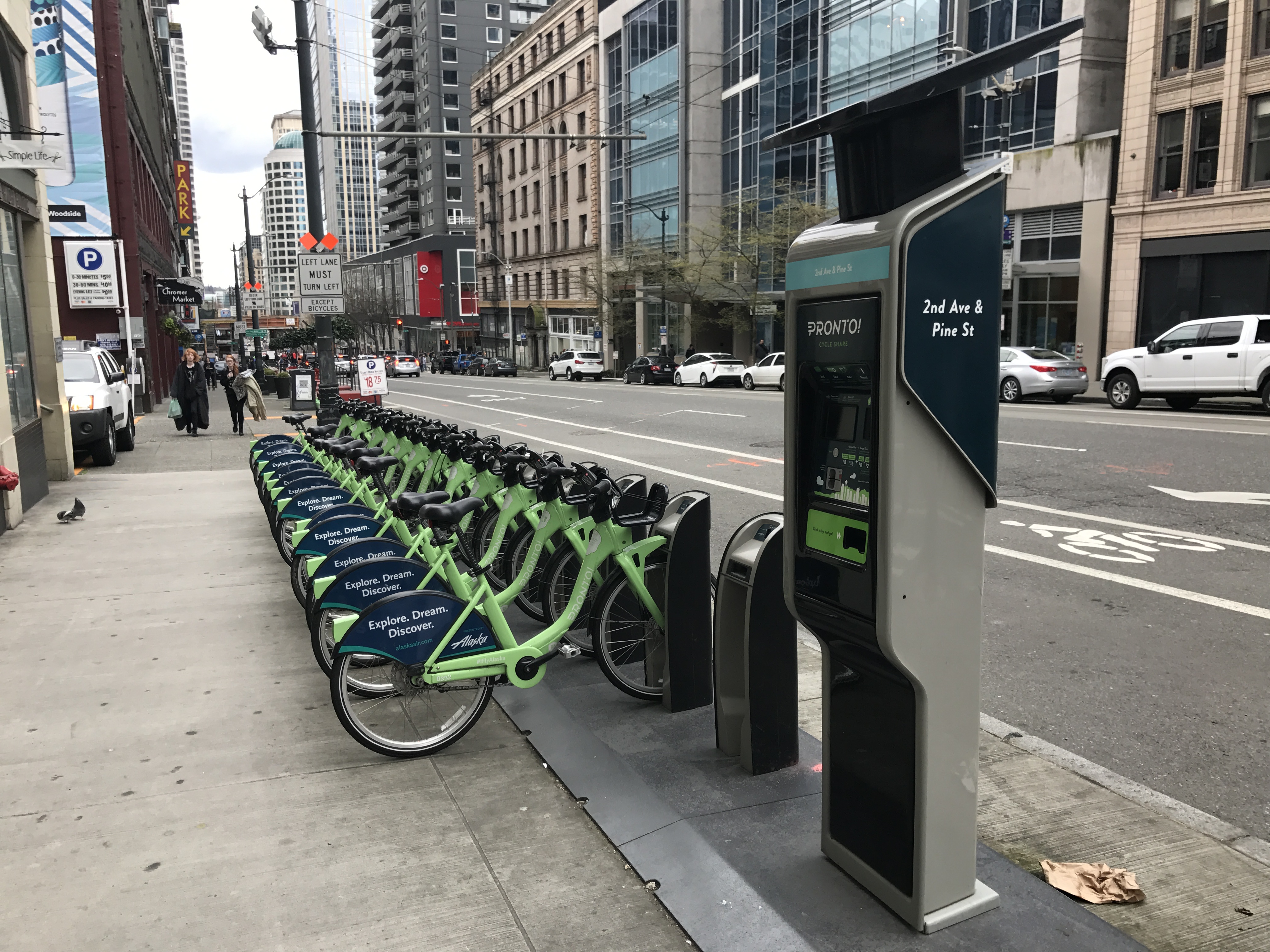 From the ashes: While Pronto is dead, could Seattle get a new bikeshare system via a private operator?

Stuck in slow mode: KIRO 7 walked Mercer this week and found that the revised light timings leave much to wont for pedestrians crossing on north-south streets.

Opting in: A new development proposal on Fifth Avenue is one of the first to take advantage of the Downtown rezone and will provide affordable housing as a result.

Amazonica: Strong Towns presents competing arguments for and against the Amazonification of America.

Stuck in neutral: A new transportation report from Washington state indicates that putting the “right” toll on the SR-99 tunnel is much more challenging than previously disclosed.

Opting out: Central Co-Op drops out of the running for grocery space in the future redevelopment of Capitol Hill Station.

Saved: In another shellacking, the Trump administration loses in an appeals court over his threats to defund “sanctuary cities.”

Frozen tolls: In other toll news, lawmakers in Olympia freeze toll increases on the Tacoma Narrows through mid-2019.

New Seattle: Architect and planner Mark Hinshaw opines about whether or not Seattle has finally figured out redevelopment.

Giving back: Real-estate and former tech mogul Paul Allen is pitching in $30 million to construction housing for homeless via his foundation.

Bet on cities: Former First Lady Michelle Obama delivered a speech on the need to invest in cities as keynote speaker at the American Institute of Architects national conference.

Pop fizz: Seattle soda tax proposal will include diet products as well as the sugary ones.

Tactical or passive-aggressive?: Kristen Jeffers (aka The Black Urbanist) penned a piece this week about a recent passive-aggressive tactic in DC to discourage sleeping on a neighborhood park bench, but explored the theme of tactical urbanism and its value.

Tiny nation: The Wall Street Journal highlighted the emergence of tiny houses as a partial solution for those without permanent housing.

Map of the Week: Every county in America has an affordability crisis.