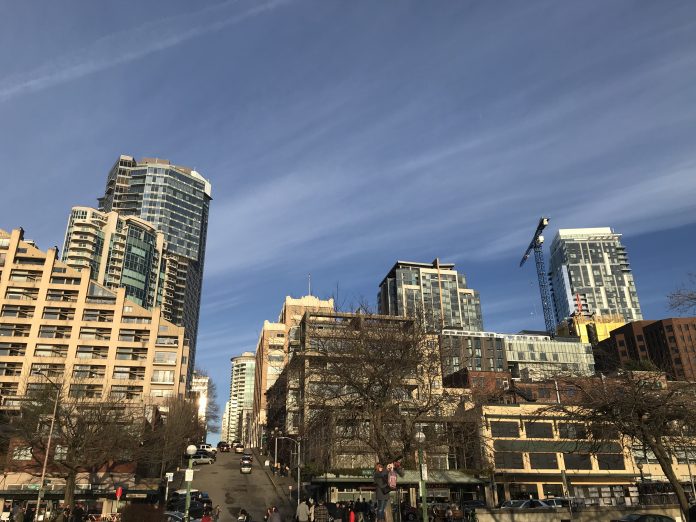 Climate emergency: The city council in Vancouver, British Columbia has declared a ‘climate emergency’, which will free up city staff to come up proposals to address the problem.

Not welcome here: Kent passed an emergency zoning change to preempt a Sound Transit operations and maintenance facility from being located in the city’s Midway mixed-use district near future light rail stations.

Focus on safety: Research indicates that transit agencies need to focus on safety issues for women because those issues are holding them back from using transit.

Free the transit: Paris will provide free transit and bikeshare to kids.

Forsaking Americans: Trump’s government shutdown is beginning to cause all manner of pain and chaos for cities across the country in providing services.

Nudge choices: CityLab explains what cities like Los Angeles may be getting wrong about transit.

King County climate action: A proposal in King County would put the breaks on any gas pipeline expansion and other major fossil fuel infrastructure.

Forsaking low-income individuals: Many low-income renters are facing eviction due to the Trump government shutdown.

PDX likes e-scooters: Portland has released a final report on e-scooters and hopes to bring them back in the spring.

Not so fast: The Federal Railroad Administration will revise speed regulations for railways, but will it actually increase speeds ($)?

Danish eco gamble: Denmark wants to build eco-friendly urban islands in Copenhagen, but will that pay off from a resiliency standpoint?

It’s a subsidy: Call a stadium subsidy whatever you want, but it’s still a subsidy.