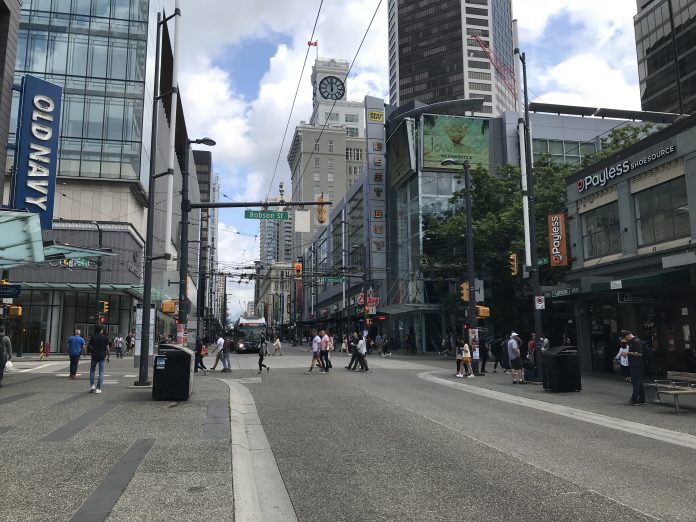 Yelp says a lot: Yelp reviews of local restaurants can tell you a lot about a city.

Bureaucratic obstructionism: Sightline makes the case for eliminating the Oregon state senate, which is entirely redundant to the lower house.

Madrid’s car ban: After massive public protests, the right-wing city administration in Madrid may be poised to scrap plans to eliminate popular area-specific car bans in the city.

Grand plans: The Everett Station area could get a business improvement district ($) if property owners buy into a neighborhood vision.

Missing the forest: Atlanta wants to build a very cool pedestrian bridge, but it would sop up most city funding for pedestrian safety programs to do it.

Going Dutch: The Seattle Times reports that Seattle could end up trying out a Dutch-style intersection for bikes ($).

Caltrain’s LRP: The Bay Area’s Caltrain now has an ambitious long-range plan for service to triple ridership over the next 20 years.

NYP to WAS: This fall, Amtrak will begin operating nonstop service between New York City and Washington, D.C.

Funding biking: Under a proposed federal bill, bikeshare programs across the nation could get a big funding boost.

Map of the Week: What spatial effects did the 1960s freeway revolts have?