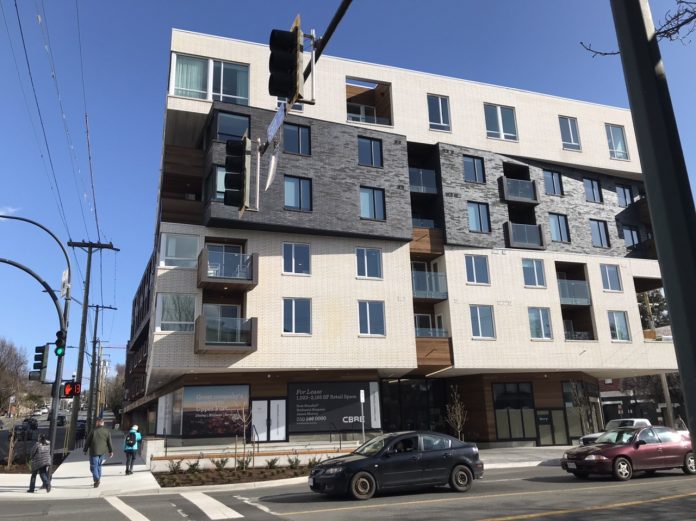 Ineligible: The SNAP food assistance program is designed to help families in need purchase food, but why can’t it be used for hot food?

WSCC: Should the Washington State Convention Center expansion project get a big bail?

#BlackLivesMatter: In Washington, D.C., a big mural with “Black Lives Matter” was painted on 16th St NW, which leads to the White House.

Lessening the pain: What actions can we take to reduce the unemployment crisis in Washington during the epidemic?

Fight racism: Urbanism-oriented organizations across the country are speaking out against racism and white supremacy.

Forget the small guy: After years of incredibly profits, commercial property owners want a tax break and the King County Assessor bizarrely wants to assist them ($) in that request to the state.

Urban oppression: Many American cities were designed to oppress people, an architect argues.

Hurting: At the height of looting last week, businesses were damaged. Will they reopen ($)?

Mayors’ reactions: Across the country, what are mayors saying about the George Floyd protests?

Not a battleground: A Dallas architecture critic lays out his opposition to the police militarization of public spaces.

Wild fire summer: With the coronavirus raging across Washington, some wildfires could be left to burn this summer.

Highway of injustice: In Minneapolis, a major interstate was taken over for the George Floyd protests. This highway is just one of many unjustly built in communities of color and is representative of systemic racial injustice.

Potty crisis: With a dearth of open public bathrooms, mobility is being greatly impacted during the pandemic.

Defunding LAPD: Los Angeles is moving to cut the city’s police budget, but what is the story behind the movement for this change?

Yikes: Up to $650 million may have been stolen from Washington’s unemployment system ($) by an international crime ring.

Parks FTW: Public parks are showing their worth during the pandemic and protests. Can they be a key to urban recovery?

Restricted movement: Streetsblog talks about how police have unjustly limited the movement and freedom of black people in public spaces.

Get it together: The Centers of Disease Control has revised guidance on transit, dropping ill-advised incentives to drive.

Death Star governance: Washington and Oregon are fighting back against the Trump administration’s malevolent and scientifically flawed attempt to rollback car emission regulation.

Comeback ahead: John Talton says that Downtown Seattle may wounded from COVID-19, but it’s not forever ($).