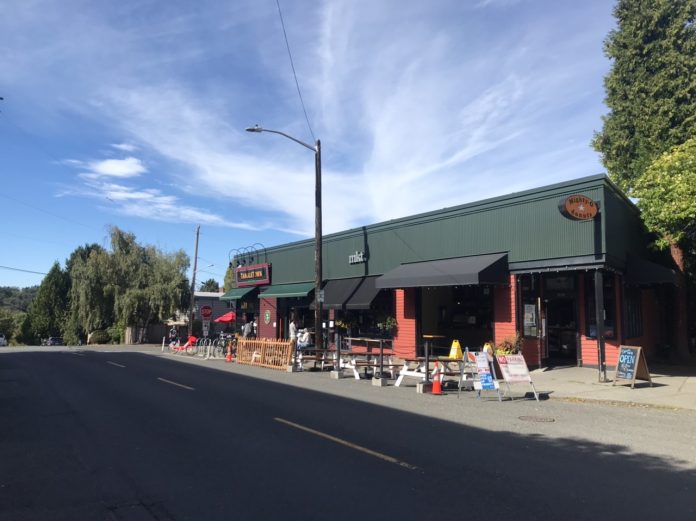 CA rent control: California has another statewide rent control measure on the ballot ($).

Housing for all: King County has passed a small sales tax that will raise money for housing geared toward people experiencing homelessness.

Land use action: Is a mixed-use Neumos in the cards?

Count the people: The Washington bike and pedestrian count is back this week.

Rezoning Minneapolis: Where will Minneapolis’ next comprehensive plan take the city with rezones?

Selective classification: There are fewer than 300 wolverines left in the Pacific Northwest, so why aren’t they listed as endangered?

Authoritarianism at work: The Trump administration is trying to deny transit funding to cities that the fascist president does not like ($), including Seattle.

Burnside for bikes: A planned bike bridge connecting to the Burnside Bridge in Portland could come with a signalized crossing to help riders across the Burnside bridge deck.

Many hands: How do development codes have a hand in traffic safety?

LVT: In light of the pandemic, could a land value tax result in more equitable outcomes?

Corner stores invigorate: How can a corner grocery store invigorate a neighborhood?

Putting views over life: A San Diego transit agency is trying to construct fencing along a railway corridor for safety ($), but neighbors are trying to block the effort.

Starving Americans: The racist-in-chief at the White House tried to cut 700,000 people from food stamps, but a federal judge has blocked the draconian move ($).

Pursue Vision Zero: What is the 94% error?

Apartment ban repealed: Cambridge, Massachusetts has opened up all residential zones for apartments, provided that they come with 100% affordable units.

Open streets: Oakland’s open streets program is still a work in progress, which Strong Towns argues is a good thing.

Pandemic art: Crosscut highlights six art spaces in Seattle that are using unconventional means of showcase amid the pandemic.

Car sewer project: Portland has pulled out of the state highway department’s I-5 Rose Quarter project.