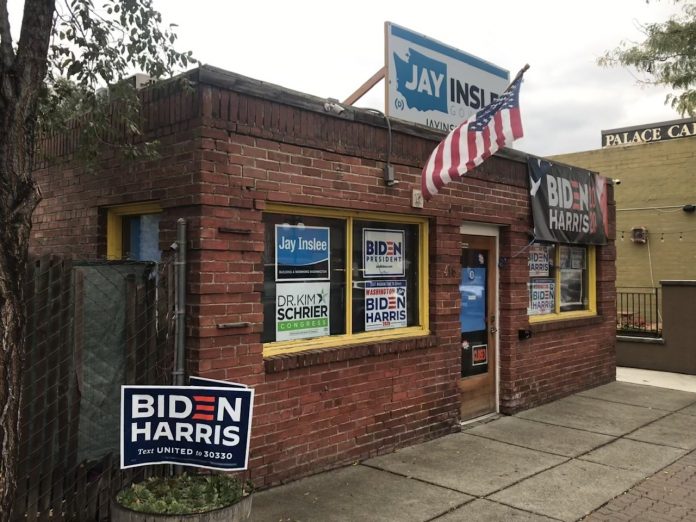 Vote Save America: If you haven’t voted yet, it’s not too late to do so to vote for Democrats up and down the ballot to protect our fragile democracy. Vote Save America has the ins and outs on how you can participate. Make sure you follow all instructions of your county elections board so that your vote counts. Citizens in Washington can register to vote in-person through 8pm on election day. If you’ve voted by mail, don’t forget to check the status of your ballot from you local county elections board to track it or resolve last-minute issues.

Enfranchised: Many jail inmates in Washington can vote, but they may not know it.

Patients vote: King County hospitals are making sure that patients can still vote.

Lt. Governor: Just how important is Washington’s Lt. Governor and who is running for the open seat?

Watch parties: There are a bunch of election night watch parties, including virtual, in the Seattle area if that’s your sort of thing.

Blight removal measure: Detroit has a $160 million measures on the ballot to demolish buildings and remove blight.

Environmental terrorist: America’s anti-environment president is going out of his way to remove protections on Alaska’s Tongass National Forest ($), a massive temperate rainforest.

Efficient use: In the Western states, cities have managed to reduce water use in the past 20 years despite massive population growth.

Hit the greenways: To promote new greenway routes, Portland has teamed up with hip-hop dancers.

Chicago’s big deal: A Chicago urban developer wants to build over 2,600 units in Near North Side.

No new roads: Another Los Angeles highway project has the breaks hit as the region explores alternatives.

Divergent priorities: Amtrak has an ambitious plan for expanding the reach of national service, but this comes amid deep cuts due to the pandemic.

Delaying bus lanes: Bus lanes had been promised to New Yorkers as part of a pandemic response, but now New York City is less ambitious on timing for some projects.