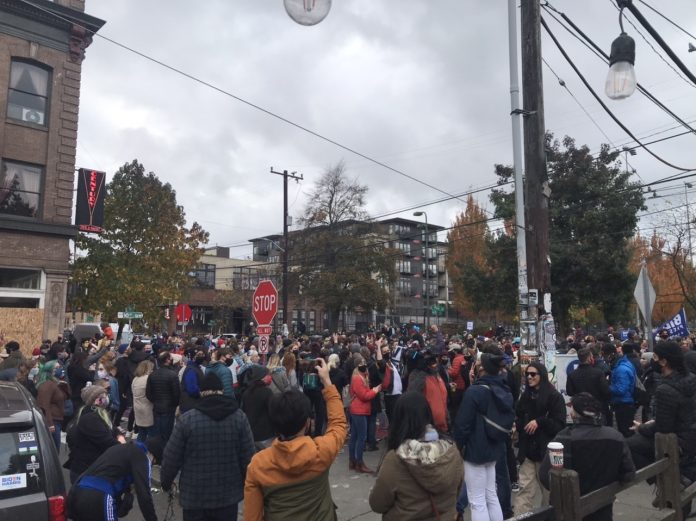 The Gov: Jay Inslee has won reelection for a third term to govern Washington.

PDX votes: In Portland, a transit measure has failed and Ted Wheeler has won reelection as mayor.

Evicted: Renters are being evicted despite moratoriums in place.

Future curbside: What are the future uses of curbside areas?

Progressive action?: Washington Democrats may finally be able to act on cleaner fuel standards and capital gains tax with more progressive on hand.

Human right: Mexico has declared mobility to be a human right.

Rent: A new study says that older Americans may be better off renting.

Farewell Paris: The United States has official left the Paris Accord ($), at least until Joe Biden assumes office.

Abolish the EC: Black Lives Matter is now looking to dismantle the Electoral College, a racist institution that selects the president.

TOD tax break: A Maryland county has passed a transit-oriented development tax break, overriding a veto of the county executive.

Going remote: Crosscut explains how the Washington State Legislature is planning to go remote in 2021 as the pandemic continues.