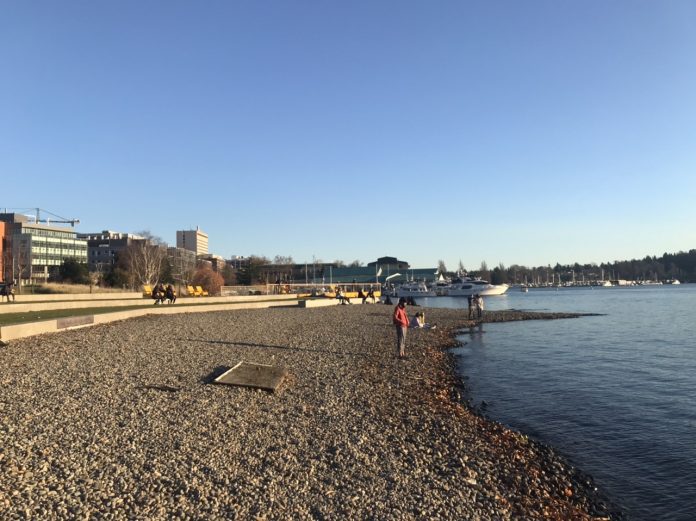 Regrettable error: The West Point wastewater treatment facility in Magnolia had another short accidental overflow of sewage this week.

Shelter debate: The King County Regional Homelessness Authority has weighed in on the Renton shelter debate.

What not to do: Strong Towns uses a sad Main Street in South Carolina as an example of what communities should not do to their Main Street.

Still crowding: While Manhattan is far less congested, subways in New York City are crowded in some neighborhoods where people have to go to work ($).

West Portland plan: Despite failure at the ballot box for transit expansion, Portland is moving forward with the West Portland Town Center plan.

Distracted: Distracted driving has skyrocketed during the pandemic.

Transit crises: Transit agencies are imploring Congress to act with emergency funding ($) to keep service going during the pandemic. So far proposed relief from Congress falls far short of the need with the “skinny” Covid relief bill.

Restoring history: A church in Capitol Hill is raising funds to repair windows damaged in the summer’s protests.

Housing frenzy: Why in the middle of a pandemic are housing prices rising fast and inventories staying so low ($)?

Where’s the action?: The new federal pedestrian safety “action” plan is light on action and heavy on studies, Streetsblog says.

Obvious connection: Despite their geographic closeness, Fairfax County, Virginia and Montgomery County, Maryland lack a quick transit connection, but that could change.

Market response: How are developers in Seattle responding to parking reform?

Incentives can work: Vancouver added over 11,000 rental units to the housing market in 2019 due to the vacant housing tax.

Ditch Rahm: Transportation advocates are encouraging President-elect Joe Biden to skip Rahm Emanuel as transportation secretary. Rahm appears to have started his own whisper campaign so his candidacy may not be as serious as thought.

Walk/bike boom: Mobile phone data suggests that there is a biking and walking boom outside of Boston.

Teens stuck at home: The pandemic city leaves teens with few outlets to do what teens do.

Economic picks: President-elect Joe Biden has announced his top picks for economic roles in his administration ($).

ADUs in Denver: Denver joins in on the accessory dwelling unit trend seeking new legislation to encourage them.