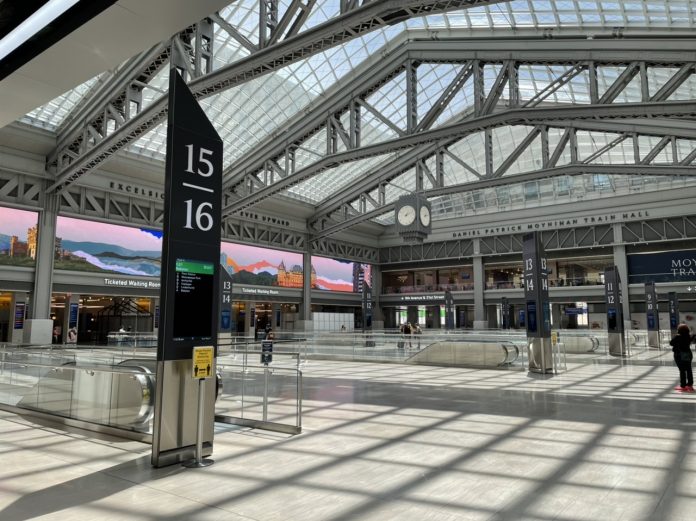 Slowed down: Plans to speed up buses in New York City have been slowed down.

Dueling or complimentary?: It’s not exactly clear what might happen with two Washington public broadband bills being signed into law.

Reforming MUTCD: Advocates are pushing for a modern MUTCD, but will it happen?

Vision Zero: Despite the national trends, Boston has made progress on Vision Zero. Arlington County, Virginia is moving forward with a Vision Zero plan.

Crosswinds: With home sales booming, that could wind up keeping some people renting.

DOT (Department of Trails): Should Virginia establish a department dedicated to trails?

Housing Ireland: Ireland is headed toward housing policy reforms, a but a prominent Green Party member is not pleased. The national legislature also adopted a strict affordable housing objective for Dublin.

To house or not?: The federal government is willing to foot the bill for housing people experiencing homelessness but local governments are weary.

Off the tracks: Honolulu’s rapid transit project runs into track size and wheel base problems.

Container chic: Shipping containers are all the rage for small food halls ($).

Electric car mandates: A New York bill has been passed by the state legislature requiring all new car sales to be zero-emissions by 2035. Washington Governor Jay Inslee vetoed a 2030 target for requiring sales of electric vehicles ($).

Eliminating parking minimums: Minneapolis has eliminated minimums for car parking as part of development ($). Neighboring St. Paul is looking to do the same.

Road pricing benefit: How could road pricing get people out of their SUVs?

Adaptation strategy: Tucson is planning to plant a million trees through 2030.

Carbon pricing: Oregon Democrats are looking to British Columbia for a carbon tax.

HQ2 renders: New renderings are out for Amazon’s HQ2.

Freeing the city: Paris Mayor Anne Hidalgo has set a target for 2022 to free the city center mostly of cars.

Not just coastal cities: Orlando is now even less affordable than San Francisco.

Divesting from oil: Amsterdam is banning fossil fuel advertisements from its metro system.

Bike biz: Over 100 businesses are asking for a protected bike lane in Portland.

No more highways: A California transportation head wants to stop highway building on the 710 freeway. And in Maryland, a big highway expansion plan is dead.

Reopening: Washington is poised to fully reopen by June 30th.

Al fresco is popular: Yelp data has shown that restaurants on cafe streets have had very high interest during the pandemic.

Recovery plans: California is flush with cash and has big recovery spending plans.