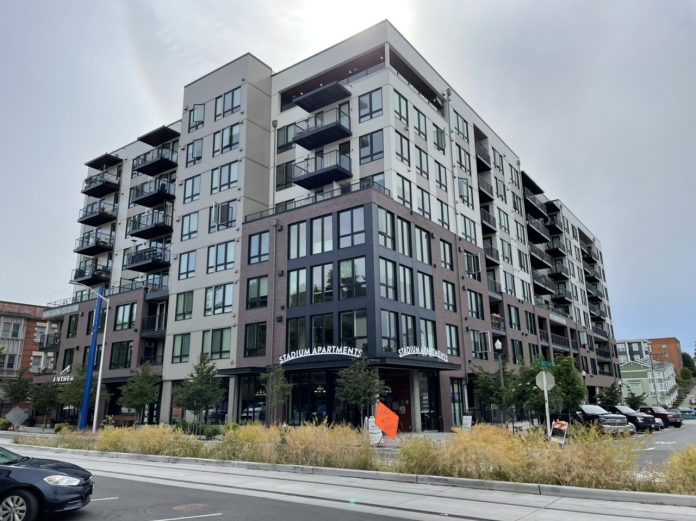 More housing: The Biden administration has a simple message and that is to build more housing.

Deflating: Lumber prices are falling back to Earth and concerns of inflation are deflating ($).

Thoughtful open streets: Some aspects of open streets have left disabled people behind. What can cities do to make sure that doesn’t happen?

A little progress: In Renton, King County is taking over a hotel to offer shelter to people experiencing homelessness ($).

A good finding: A new study suggest that new bike lanes aren’t associated with displacement of Black, Indigenous, and people of color.

No new roads: The Welsh government is scrapping new road building and wants to focus on sustainable transportation investments.

America’s socialist big city?: A socialist pushed out an incumbent in the Democratic primary for Buffalo mayor.

Go car-free: Researchers say for cities to survive, they need to become car-free.

Transfer of ownership: Oregon is handing over 82nd Avenue and $80 million in funding over to Portland, allowing the orphaned highway to become a street.

Old is new: Daniel Herriges explains how the best “new” ideas in planning are really just old ones.

Assistance is flowing: In Maryland, federal rental assistance is finally flowing, but will it be enough and timely?

Green Boise: Boise has adopted a new climate action plan and hopes to become carbon-neutral by 2050.

Revamping a Philly plaza: A dull plaza near Philadelphia’s famed city hall is planned to get significant improvements for pedestrians, bikes, and transit.

Real bad: Just how bad is the drought in the Western United States ($)?

Deal or no deal?: Is a federal transportation spending plan coming together and what will it do?

Inching forward: Texas Central has secured contractors for the company’s high-speed rail project, but what about funding?