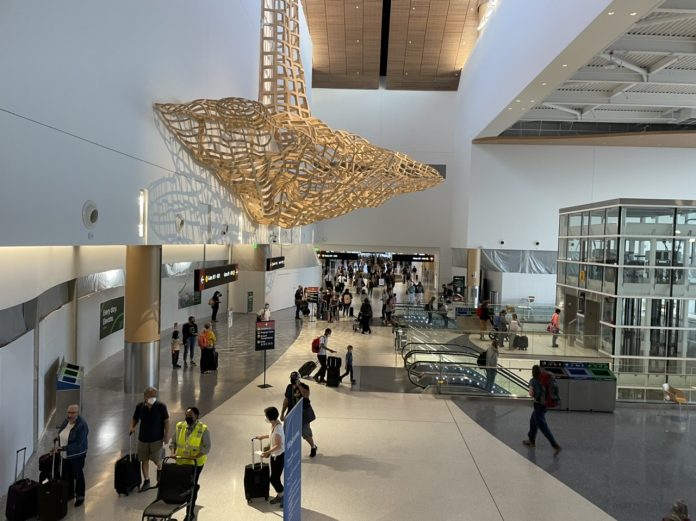 Delivery by bike: In some cities, cargo bikes could deliver parcels quicker and less carbon-intensively than traditional vans.

Oasis in a desert: Do water parks really belong in the desert?

Just add bollards: To make spaces safer for pedestrians, bollards can be a good solution.

Amtrak priorities: The bipartisan infrastructure legislation has a big focus on Amtrak. What changes does it hold for the railroad company ($)?

Wrong direction: Transmission of Covid in King County has come back in a big way with high rates.

Flood zones: The climate emergency is beginning to put subways around the world at risk of flooding ($). Meanwhile, over 80 million people live in flood zones around the globe.

Stuck in gear: A big plan to repair damage from highways has virtually been cut out of the bipartisan infrastructure legislation.

Saving salmon: What would Washingtonians need to give up to save salmon?

Plan for climate: Oregon’s transportation department is getting a new Climate Office director.

Many factors: The Seattle Times looks at why building transit costs so much ($).

New makeover: A modernist sculpture garden on the National Mall is getting a makeover.

End of an era: Seattle City Attorney Pete Holmes has conceded the race in his bid for reelection.