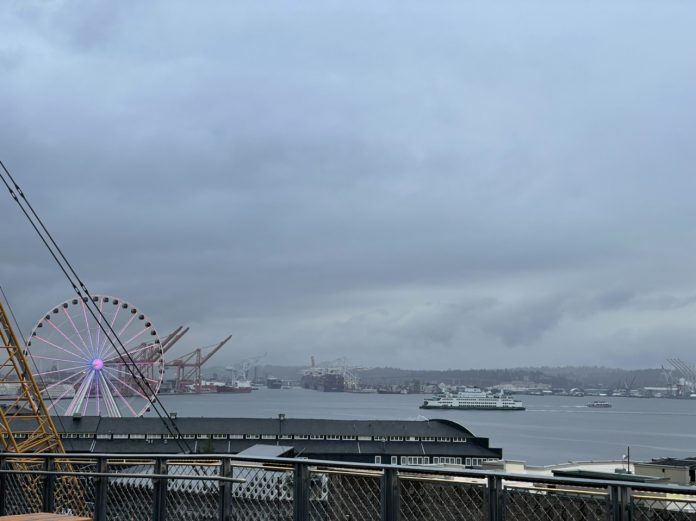 Edmonds anti-streatery: Edmonds’ new streatery policy appears to be scaring businesses off and risks the future of a permanent program ($).

Ocean Drive drives again: Miami’s Ocean Drive will partially reopen to cars after a Covid-era conversion to a people street.

Dodge promotes violence: A viral Dodge ad was taken down this week after outcry over its aggressive use of “predator” language.

DeJoy is a climate-killer: The USPS has a weak decarbonization plan and advocates aren’t happy about it.

Bike lane sweeping: A street sweeper on your bike?

Cash out: Washington, D.C. has a new law requiring that employers pay workers who turn down company-sponsored parking benefits.

ADU boom: Washington has an opportunity to encourage backyard cottages, but will the state legislature do the right thing?

No expansion: In the New York City area, opposition is mounting against expanding the Holland Tunnel, a car tunnel connecting New Jersey with New York City.

Assertive law breaker: Tesla has an “assertive” driving setting that begs the question of how such an unsafe technology is even allowed.

Downsizing golf: Toronto could change direction on city-owned golf courses, slimming them down and converting some to park space.

Delayed and pricey: The Purple Line light rail projects around Washington, D.C. is headed for more delays and increased costs.

Redevelopment plans: The next design review for Capitol Hill’s Safeway redevelopment is coming in February.

Bronx fire: An apartment building in the Bronx caught on fire and killed 19 tenants last week.

Fare-free transit: Albuquerque has gone fare-free for the year.

Road pricing punt: Vancouver will decide on road pricing after the election this fall.

Philly apartment boom: Philadelphia is on track for a record number of apartment units being constructed this year.

Climate costs: Because of ongoing wildfire risks in California, insurers are looking at raising rates.

New horizons: Santa Monica has a new program to welcome people back that were evicted by the construction of I-10.

Filling the gap: Governor Jay Inslee’s proposed budget would cover most of the funding gap for SR-520 projects, including the Portage Bay Bridge and Roanoke Lid.

No public EV-charging?: In an op-ed for NYC Streetsblog, an author argues against buildling EV-charging infrastructure to discourage car ownership.

BC favors owners: British Columbia stands alone in how it subsidizes homeowners over renters.