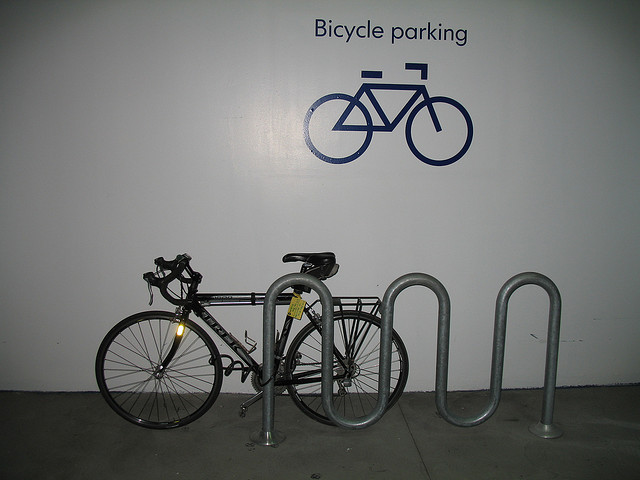 Seattle currently requires one bike space per four dwelling units in multifamily housing, like typical condos and apartments. In congregate residences, as much microhousing is currently defined, there’s a requirement of only one space for twenty residents. With some microhousing defined as multifamily housing, and an expected limit of eight residents per dwelling unit, this could mean far too few bike parking spaces.

These observations make a strong case for increasing bicycle parking requirement. The city first makes a good estimation on the number of people who will require bicycle parking. The city then notes that without the minimum requirement this need is not met.

But will this requirement actually help residents?

Maybe. There is definitely a demand for parking but the required spaces will likely not add all the value the city intends. Here’s a few reasons why:

1. Does a micro have enough space to store a bicycle within the micro? If so, many people who value their bicycle will keep it in their micro. Bicycles are one of the most frequently stolen items in cities and the most secure place will be in the micro.

2. The city does not specify what makes a bike parking space secure. There is not any added value if the bicycle parking is outdoors and not in a space only accessible to residents. If a micro-housing unit can meet the requirement by securing a bike rack next to or behind the building, this is nearly the same from a residents perspective as locking a bike to a random street sign.

3. My personal experience with indoor bike parking at residential units: these spots are monopolized by people who don’t use their bikes regularly. If there are more bikes than spots, those who use their bike regularly leave spots open. Every time a spot is open, this provides the infrequent user an opportunity to take the spot. Once the infrequent user takes the spot it is essentially monopolized. As an example. My building has spaces for 6 bicycles. Five of those spaces are taken by bicycles that are almost never moved.

4. Does this serve the goal of encouraging bike commuting? In other words, are people not commuting by bicycle because they don’t have parking at their building?

I think the city did a good job considering this requirement and makes a strong argument. I’d be interested in getting an estimate on the cost to developers for adding bike parking.