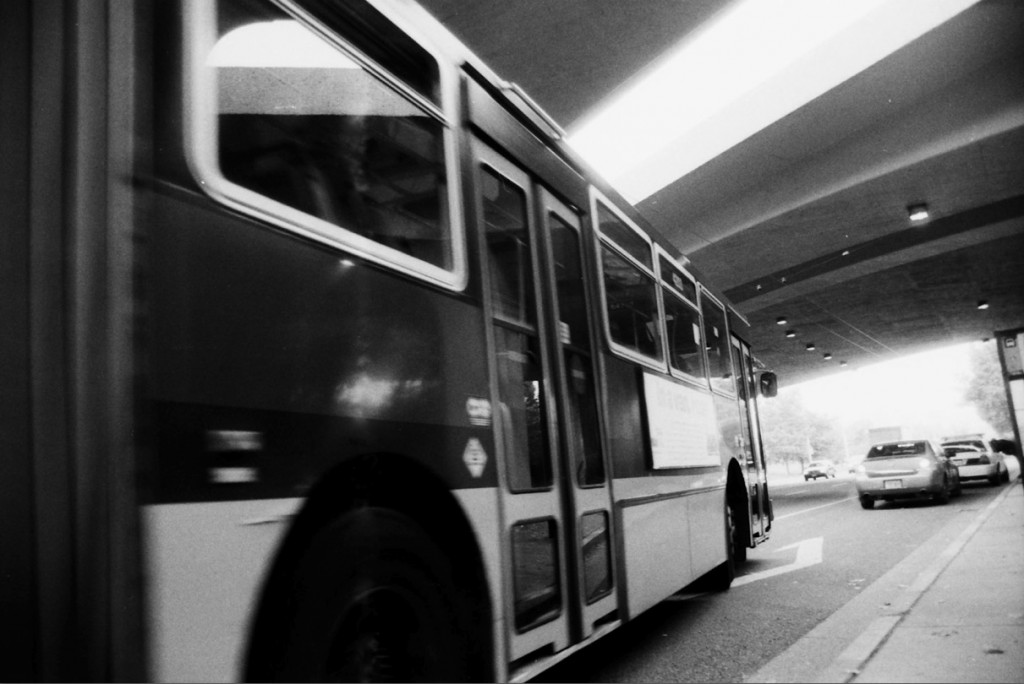 I feel like I see so many fragments of universes, the visible tips of deep and storied lives, icebergs whose temperatures and histories we can only guess at. Here are the glancing shades of a few.

Shan (“not Shannon, just Shan”), standing at the front of my 358, telling me how she broke up with her emotionally abusive boyfriend and thus felt a new and heady sensation of release. She’s developed a heretofore untapped appetite for exercise and has lost 150 pounds in ten months. I look at her beaming face, long hair and the first beautiful aging lines, letting all that vitality hit me.

An old but hardy man, perhaps a seafaring type, getting off at Seneca, quipping to me as he leaves: “okay, you can go home now!”

At Beacon and Lander. An African-American man stands up inside the coach, yelling through the open window at his friend across the street: “IT’S TEN O’ CLOCK! WHASS UP CHUCKIE!” I glance at my watch. It’s 3:42. Maybe he means New Zealand time.

On the 36, a little south of Judkins outbound. Who’s that Chinese senior walking with her head down, a half-smile on her face? I know that profile. I’ve pulled up to the stop, way past her, she’s back there somewhere, a hundred feet away, walking away- but I know that face. I saw her yesterday, for the first time in months. I throw on the parking brake and jump out of the packed bus- “gimme a second-” and cup my mouth as I yell, “MELBA!” That’s her name. “MELBATOAST!”
She looks up, looks to her right, now she’s turning around- that half-smile transformed, exploding as she recognizes me. “Nathan!” she shouts. We wave. I wish her a good day and jump back inside.
“Don’t mind me,” I tell the passengers. “Just sayin’ hey to my buddy!”

A working girl (you know what I mean) in a leering tank top, straps and bra straps, cleavage for miles, midriff exposed. No makeup today. Her sweatshirt is tied round her waist, somehow matching her hair tied back in a high ponytail. “Thank you,” she says as she gets off. She’s carrying, among other things, a hub cap for a Honda Civic.

Halfway down the bus sit two older Vietnamese, easily seventy, one a man and the other a lady. They sit across the aisle from each other, in their own separate seat pairs. Not relaxed around each other enough to be a couple; maybe they’re neighbors. They’re passing a cantaloupe back and forth. One really wants to give it to the other, and the other is just way too polite about it. Gestures of “no thank you, really” and “here you go,” until finally they grin back and forth, crinkling into ageless humor.