Editor’s Note: This post was originally published on Road Crazed. Road Crazed is a blog about all things relating to roads, highways, and transportation.

For many of us, it’s nearly impossible to imagine a life without killer rush hours, incessant and problematic road construction, and seemingly endless traffic issues. However distant a world without these elements may seem, though, there was once a time when none of these problems existed. It’s hard to believe that barely more than a century ago, personal automobiles were nothing more than a dream for the average individual.

That all changed in 1908, of course, when Henry Ford’s assembly line opened the door for the luxury of unrestrained travel to millions of middle-class Americans. Understandably, the Ford Model T was a huge success. In the words of Henry Ford himself, the Ford Model T was “so low in price that no man making a good salary will be unable to own one–and enjoy with his family the blessing of hours of pleasure in God’s great open spaces.” Now what doesn’t sound appealing about that?

The personal automobile has transformed the world since then–and that’s an understatement. Cars are both a blessing and a curse in our modern-day society. According to a 2011 article, the world’s car population has surpassed one billion, with the amount of cars worldwide to increase to 2.5 billion by the year 2050. I’m not going to go into a big argument about scarcity of resources and greenhouse gases here, but surely billions of vehicles pumping CO2 into our atmosphere can’t possibly be a good thing…right? Not to mention that the world requires almost 100 million barrels of oil per day, a statistic which is a bit concerning considering that this oil is not an infinite resource.

While electric vehicles offer a potential solution to the problem of limited resources and pollution, they do nothing to resolve the world’s other crippling issue with personal transportation–traffic. If you commute by car in a large metropolitan area, rush hour traffic is generally unavoidable. There’s not really a cure for this traffic, either, especially in growing areas. Expanding roads provides temporary relief, but actually makes congestion worse in the long run–a phenomenon which I briefly described in a prior post. To make matters worse, road expansions make conditions much more unpleasant during the duration of the construction itself.

According to this infographic by Nationwide, the average yearly cost of road congestion to each driver is $713, which is more than an entire week’s worth of wages for the average American.

The obvious alternative is the widespread implementation and usage of public transportation. However, it’s not nearly as simple as it sounds. Numerous studies have shown that people are irrationally biased towards automobiles, and many people will choose to drive their cars even in situations where public transportation is proven to be quicker and more economically feasible.

This behavior alone would make the development of a successful car-free city a difficult task, especially in the current-day. However, China is attempting it. Outside of Chengdu, 78 million square feet of land has been set aside for the construction of a new city designed to house 80,000 residents, none of whom will need a car to get around. In this so-called “Great City,” transportation will be provided by electric shuttles, and all residences will be within a two-minute walk of a public park. The city also plans to implement eco-friendly features in order to save energy and minimize waste. However, we have yet to see if this will be successful in China, and whether or not such a development could be successfully built elsewhere. Still, it’s an impressive plan.

While large cities with no cars are basically nonexistent in today’s times, there are a few examples of cities with significant pedestrian-only areas. Freiburg, Germany is a good example of this–Freiburg has both a large pedestrian zone and an extensive public transport system.

Perhaps a more relatable example of a mostly car-free community is the average modern-day university. Even though it’s not entirely comparable to an actual city, many large universities offer education, jobs, housing, and dining all in one constrained space–which is completely accessible by foot or bicycle.

Only time will tell if an entirely car-free city is a current-day possibility or merely an element of an unrealistic utopia. One thing is for sure, however–the world’s irrational aversion to public transit has to come to an end before anything like this can become a widespread part of our future. Once this happens, our future generations just might see the day when no one needs a car to get to where they need to be. 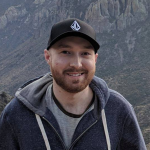