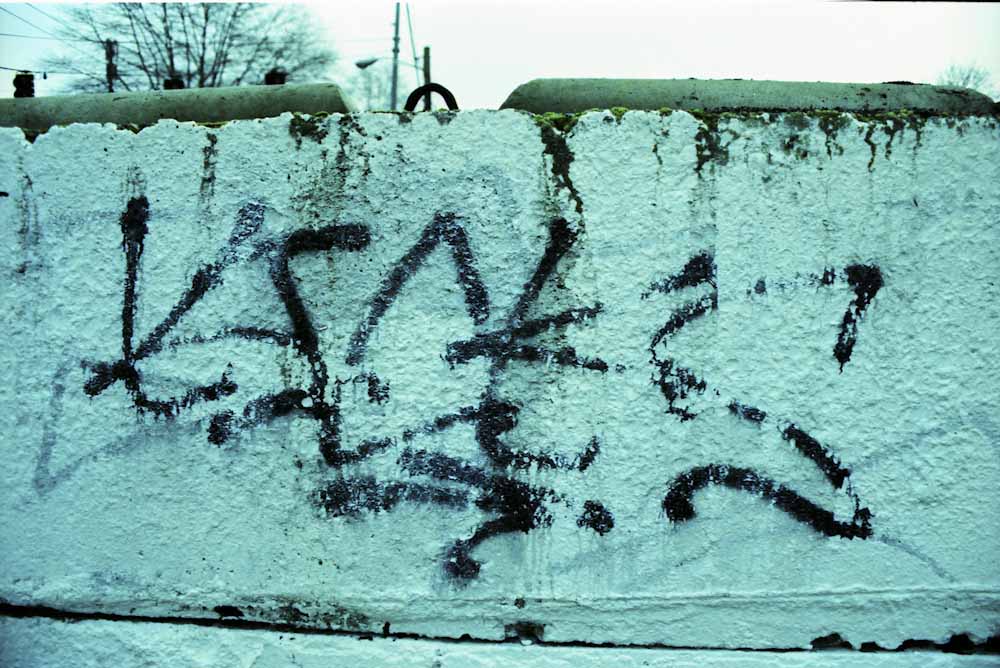 I look in the right mirror, and it’s true, there’s a streak of red of blue, running for me at Rainier and Letitia. I’m feeling generous, and wait with doors open. In a few seconds he’s on board, breathing heavy and grinning. He sits down in front, a high schooler in primary colors, athletic gear by the looks of it, close-shaved dark head and a black backpack.

“Hey!” I want him to know I’m not miffed. “Perfect timing!” I say, in a friendly voice. “That was beautiful.”

“How you been?” he asks. I wasn’t expecting him to continue the conversation, and as I look at him now I realize he’s Jermain’s friend, the kid who once helped an old Asian grandmother with her bags. As an aside, Jermain, as the odds would have it, stopped by earlier today to tell me how the food at Silver Forks is. “Yeah Jerry told me if I ride the bus every day for two weeks he’d pay me,” he said, managing to sound both relaxed and out of breath, “and he did, took me out to Silver Forks, we had some breakfast it was pretty good.” Apparently Jerry, a father figure, wanted to imprint the value of being on the bus at a young age. I’ve been seeing a lot of Jermain lately; he’s a black American high-schooler who looks, dresses and talks the way we’re cultured to expect, but has seeds of something else in him. I look forward to finding out who he grows into as the years wear on.

Back to his friend, having just made the bus~

“I been great!” I say, in response to his query. “Happy to be on the route! You goin’ home, goin’ to work?”
“Goin’ home.”
“Nice, it’s the right time a day.” Late evening now.
“You almost done wit’ your shif’?”
“Getting there. I’ma go all the way to U District- all the way back to Rainier Beach- back to Downtown, then call it good.”
He knows the route well enough to know that means I’m only about halfway done; I think he was expecting me to say I was nearly finished. In a tone of encouragement he says, “right on. Gotta make that paper!”
“Oh yeah! Good to pay the rent when the rent’s due!”

He laughs, seeing I’m happy to be here. There’s an enterprising spirit he and Jermain both have which transcends expectations. The adolescent brain doesn’t have a fully formed pre-frontal cortex; the ability to consider the needs of others and empathize isn’t completely formed until about twenty-five. It’s a growth mechanism. Ostensibly, in earlier life you prioritize your needs over others so you can survive. Then your frontal lobe finishes growing and you and everyone else in the village help each other to survive.* I catch myself being mildly surprised- a teenager asking about my day?Recently Jermain was on a nighttime run of my 14. We were talking when a bewildered man got on, a stranger to both of us. “You sound like from you from Down South,” he said to the guy. They built up a conversation together, staccato consonants and lackadaisical drawling vowels- food, street names, weather. Young J hopes to move to Atlanta, and considers the South as his adopted home, much the way I do Seattle. Mainly I was struck to see a young person reaching out to strangers. When was the last time you saw a teenager talking to an adult they didn’t already know, without trying to get anything out of it for themselves?

*There are plenty of books on neuroscience, some by pop psychologists and others by actual researchers in the field. There are far too many neuroscientists to suggest reading here, and thus I restrict myself to one: Jill Bolte Taylor, who temporarily lost all ability in her left brain due to a stroke. Eventually the cells regrew and the neural pathways reformed, but she describes that period as by far the best in her life. Learn more from her book, My Stroke of Insight.