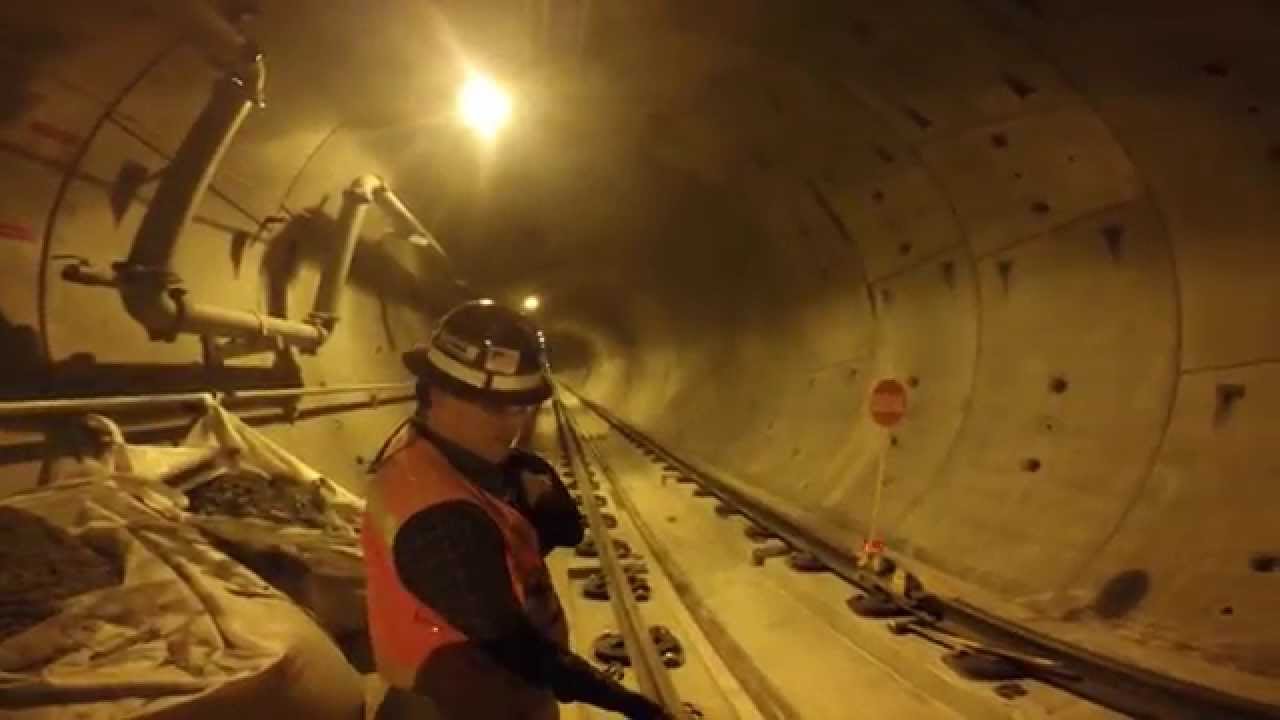 In case you didn’t know, Sound Transit’s University Link extension is well ahead of schedule and already 84.6% complete. So far, all that remains is the completion of track installation, power systems, and station construction. The UW Station stands at 94% complete while Capitol Hill Station is still at 53%. Meanwhile, track and power systems have a bit further to go with 37% completion. Service could begin as early as January 2016 if all goes to plan.

The rapid progress of the project is quite amazing when you consider that Sound Transit’s contractors only finished boring the twin tunnels last summer–tunnels which are a full mile longer than the SR99 Deep Bore Tunnel. Because of this, Sound Transit has been able to quickly move on to the next extension phase (Northgate Link) with their tunnel boring machines (TBMs). In late April, Sound Transit’s contractors at the Maple Leaf Portal began initial preparation work for the launch of two TBMs–a launch that will occur later this month with Brenda, the first of two TBMs to start drilling. Sound Transit anticipates that the first milestone could be 10 to 12 months away when Brenda arrives at Roosevelt Station while total tunneling completion for Northgate Link would wrap up somewhere in 2017.

Meanwhile, Sound Transit gave the media–and a few lucky guests–a tour last week of the new deep bore tunnels for University Link. The tunnels were bored as twins and are each 3 miles in length. As you can imagine, that must have been quite the walk end to end! The tunnels will connect Westlake Station with the interim northern terminus of Central Link–University of Washington Station–via the Capitol Hill alignment. The tunnels do have significant grades involved to reach Capitol Hill Station from Downtown and Montlake. During the tour, the media and guests took lots of video and photos of this unique subterranean tunnel walk. Capitol Hill Seattle Blog has a great article highlighting the walking tour and the project’s anticipated mobility and development prospects for the neighborhood. CHS also published the video that we’ve embedded below (so be sure to check out the video!) Not to be outdone, Zach over at the Seattle Transit Blog has an excellent phototour that’s worth a gander.