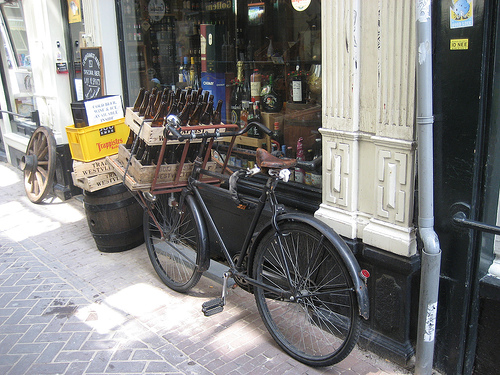 Editor’s Note: This is Part 7 of a series on Baugruppen, private owners collaboratively building affordable multifamily projects. Read Part 1 or check out the series.

With this series, I initially set out to highlight some of the aspects of baugruppen I found intriguing, and the reasoning for this was mostly selfish: I’m an aspiring baugruppee. Can these types of projects be replicated Stateside? I believe so, and I’d love to see jurisdictions prioritize them. But, as in Germany, I think it will take time to gain foothold. There are a few ways this could happen, but first…

Regarding Germany, there are a couple of reasons baugruppen are cost-competitive: the financing terms, taxes and fees aren’t drastically different for either turnkey or BGs. German home loans generally require a significant down payment (up to or over 20%), whereas a baugruppe member’s loan are generally higher, around 30% (or more, potentially).

While seemingly vast, baugruppen typically save 15% over turnkey projects. For comparable units, BGs require slightly more up front, but result in much lower total and monthly payments. The tradeoff being a tailored unit, bombtastic communal spaces, etc.

Why is this relevant to the US market? I don’t foresee legal or social obstacles to forming a baugruppe–judging by conversations/ tweets/emails–many others love this idea, and legal structures (e.g. LLCs) exist for taking on project development. Rather, it is the financial side that will probably be the highest hurdle.

Once a group unites around a concept or idea, they’ll form a legal structure in order to protect themselves, make payments, etc. Those are relatively easy and don’t incur much cost. The purchase of land and financing of construction, however, are quite the opposite. The first wave of projects will probably require self-financing, which could affect if affordable housing plays a role unless owners push to include it.

Alternatively, a green, community bank or better yet, a progressive city, could step in and assist through a variety of means. I do think that if this shows to be a successful, affordable model–jurisdictions will step in, and the financing hurdle becomes lower.

Banks will likely be reluctant to lend without prior experience with baugruppen, so early groups will likely need to self-finance/develop their projects. There is precedent for this–initial BGs in Germany had difficulty obtaining funding and so members used personal savings, borrowed money, and even undertook some of the construction themselves. This is probably how the ‘first wave’ of these projects would have to be taken on Stateside and is also not without precedent in the US.

Being innovative/groundbreaking early adopters can be hard! This is also an issue the co-housing community is pretty familiar with, as several have had to take this route. There are a handful of urban co-housing projects that could serve as a good model such as the eastern village (Treehugger), and DurhamCentralPark. That last one seems to be BG-esque: urban, dense, and is listed as ‘self developed’ on the co-housing website. I like where it is headed, and hope they open source their process. That being said, there is room for…

In Germany, a number of progressive cities have taken the lead in prioritizing, facilitating, incentivizing, and in some cases, funding baugruppen. Wouldn’t it be phenomenal if, within the halls of city government, there existed a department with the ability to finance affordable housing to ensure diverse citizenry, strong tax base, jobs, etc, as in these incredible German jurisdictions? Perhaps in Seattle, the Office of Economic Development (OED) or Seattle Investment Fund‘s NMTC’s could be reconfigured to prioritize affordable housing (instead of, say, above-market commercial offices).

Though scrubbed from the site, OED previously claimed to provide, ‘low interest loans for mid-sized and large mixed-use and commercial projects. Both for-profit and non-profit developers or community developers may be eligible.’ Hmmm… we may be getting somewhere. Eligibility requirements? Achieve ‘significant public benefits including:’

Several ongoing, mid-scale baugruppen projects would provide quality construction jobs with prevailing wage requirements. That these workers could potentially afford to own in projects they build would be a significant advantage for the city (and model for the country!). And BGs could even have retail spaces to activate the street-level facade–more jobs! Winning!

‘Affordable housing that will support neighborhood businesses while helping to preserve a diverse economic base of residents:’

We’ve shown that baugruppen can be an innovative, cost-effective alternative to turnkey projects, including the potential for ultra-low maintenance and operational costs. Additionally, BGs have the potential for more economically, racially and socially diverse ownership versus traditional development. Furthermore, the City could make a requirement for a percentage to be allocated for families, elderly, etc. Boom!

‘Redevelopment of abandoned or underutilized property that will contribute to the revitalization of the City’s business districts.’

Baugruppen and abandoned/vacant lots near business districts sounds like a winning combination if ever I heard one. This is how the innovative eco-districts in Freiburg (Vauban) and Thuebingen actually started. Affordably housing community-oriented groups in buildings near communities they want to live in? Isn’t this what we should already be striving for in urban environs? I’d like to think there may be some synergy here!

Banks will be reluctant to lend money to groups that don’t have a construction background (hence incorporation of Construction PMs on projects), but I believe this is a market where smart, innovative, sustainability, and community-focused banks could thrive. Maybe I’ve been forced to watch ‘It’s a Wonderful Life’ one too many times, but I think these are the exact kinds of community investments that pay big dividends.

Again, this is not without precedent: Shorebank Pacific (now one pacific coast bank) has provided loans for co-housing projects in the past, as have others. Historically they haven’t been predominantly multifamily urban projects, so whether or not these organizations would find interest in this market is unclear.

In Germany, while there was reluctance, there have been a couple of banks that have realized the potential in baugruppen, and have divisions willing to finance them. I imagine that a similar course would result Stateside after initial proof of concepts have been built and everyone sees how awesome they are. Additionally, jurisdictions incentivizing/prioritizing BGs would probably go a long way to getting banks more interested in lending on these kinds of projects.

So… is this all just a pipe dream? If we’re going to make Seattle a green leader (and beat Freiburg!) then we’ll need affordable, urban innovations like baugruppen to succeed, along with the regulatory and financial tools to organize and construct them. At some point, City Hall will have to acknowledge existing ‘free market’ models are entirely insufficient for low,  moderate, or even upper-middle income families in Seattle, and will only get worse without drastic intervention.

What green-focused City government wouldn’t want urban, uber-sustainable, hyper-comfortable, high quality, well-designed, prefabricated, bike-friendly, car-free, affordable, jointly-built housing inhabited by racially and economically diverse homeowners making stronger communities with reliable tax bases? If that’s a pipe dream, then I must be crazy, because it’s the exact urban model I’d dwell in, along with pretty much everyone I know, if there existed the space in ‘progressive’ cities to allow it to develop.

As I stated in my first BG post, I’m very interested in sowing the seeds of a baugruppe here in Seattle. I’d prefer not to uproot and move back to Freiburg to find this kind of urban construct. I would absolutely love to see a car-free, bike centric, passivhaus/living building challenge project that housed a diversity of inhabitants that were also kindred spirits. I’ll have more thoughts on how to go about this soon…