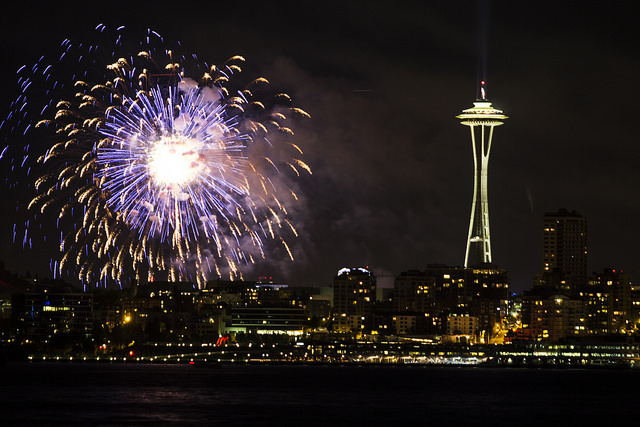 Development in Seattle: The city council is putting the breaks on the Stadium District planning effort, largely because they have no direction on the matter. 10 crazy comments that people make about Seattle microhousing. The Department of Planning and Development (DPD) has preliminary stormwater regulations out for review. And DPD has some new handy dandy interactive neighborhood data maps.

New digs: We may be getting a Downtown school in the next few years, the first elementary in the area for over 65 years. KEXP could soon be moving into their new digs at the Seattle Center, but they’re holding a fundraiser to make it a reality. And Seattle’s first pot shop looks to be set to open on Tuesday, but it could take a while for others.

Maps: A new tool for NYC residents lets them know the development potential of parcels throughout the city. Google Maps has a fun new game to test your geography knowledge and give you points. Track a century of development in the US using these cool, old USGS interactive maps. And, another app tracks how we move through cities (check out the Seattle data).

Transportation: The mayor has made his pick for a new director for SDOT, Scott Kubly; Kubly is getting a lot of praise. We’re very quickly approaching the fiscal cliff for transportation in the US, and it looks really bad. Mercer Street made a switch for walking and biking to south side of the street on Thursday. And the Seattle Transit Blog goes in depth about transit-oriented infrastructure projects for Bellevue. Seattle gets called out for one of the eight worst interchanges in the US. Which one is it? I-5/1-90.

Enjoy Seattle summer: The city was lit up last night for the Fourth of July, and CHS has some great photos to prove it. Publicola has a great summer calendar so that you don’t miss out on any of the action in the city.

Good reads from elsewhere: A study shows that there are only 86 affordable homes in London. There is also a worry that too many main streets in London are going the way of gambling businesses. Belgium has a cool perspective-skewing artwork that encompasses 99 buildings. As growth booms in Arlington, Virginia, traffic volume on streets has plummeted. Vacant lots in Chicago are selling for $1, but there’s a catch. If you’re familiar with Nice Ride Minneapolis, then you know it’s pretty nice. And Matthew Yglesias makes the case that a land value tax couldn’t even save San Francisco from its development crisis.

Neighborhoods: Should you be afraid Rainier Beach? From this resident’s perspective, absolutely not. She loves it dearly because it’s a solid neighborhood. Meanwhile, Lake City residents are fighting to save this strip of beach for public use. It turns out our little big icon of Pioneer Square has turned 100 years old–we still love Smith Tower dearly, happy birthday!

Tim Eyman loses…again: Eyman’s supermajority for taxes (to be passed by just a majority) initiative fails to make the November ballot. We were hoping to have the opportunity to vote against yet another one of his nonsensical efforts. Oh well. 🙂