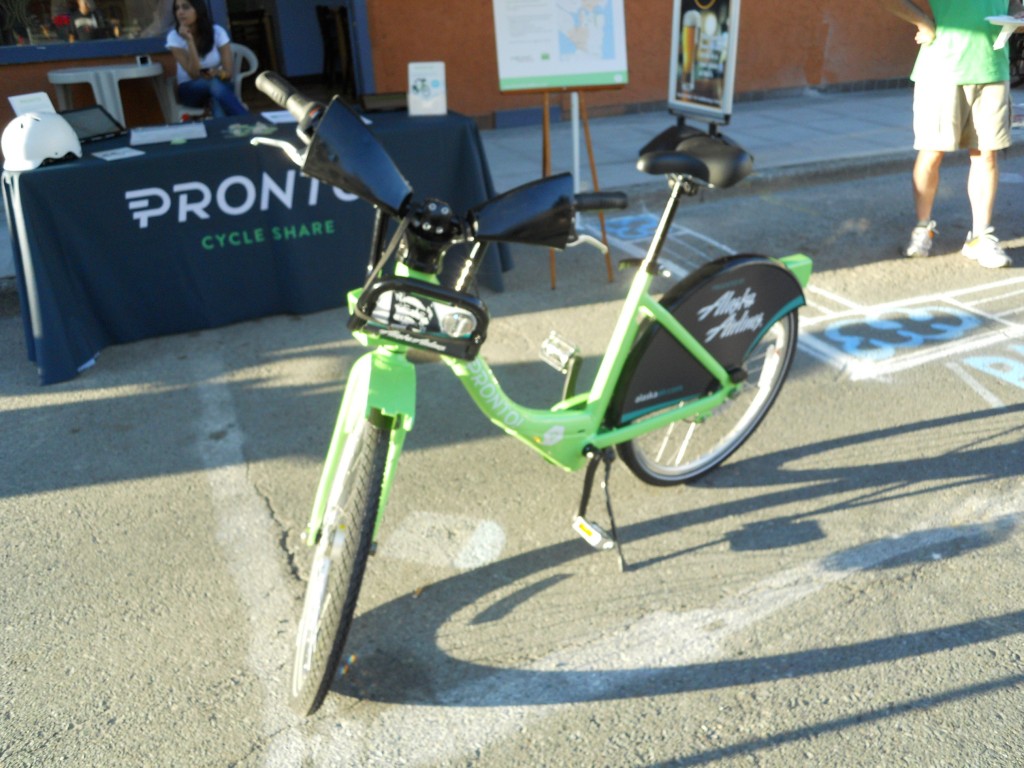 Pronto Cycle Share, previously working under the name of Puget Sound Bike Share (PSBS), has secured sponsorships, station locations, and is set to launch on Monday, October 13th. Annual memberships ($85) started being offered this past Monday, with the first signup being none other than Seattle Mayor Ed Murray. According to the Pronto website, the system will open with 50 stations and 500  bicycles through Downtown, Belltown, South Lake Union, Capitol Hill, and the University District. The system will contribute to the city’s diversity of transportation options, but because of its late launch it may be off to a rocky start.

When I first reported on Seattle’s incoming bicycle-share back in January the estimated launch was in May. However, in February the system’s supplier went bankrupt and the launch was pushed back to August as a new bicycle was sought. In May I attended a community workshop with Pronto representatives, where  PSBS executive director Holly Houser emphasized the system would launch no later than late September. In early August another Pronto employee confirmed September for me. But when membership opened this week, a firm date of October 13th was finally announced.

Why has Pronto’s launch been consistently pushed back? When I asked, Alta Bicycle Share (the system’s operator) marketing manager Kyle D. McMahon responded: “…simply put, we want to deploy a system that will hit the ground running with maximum efficiency. We deal a lot of the city, SDOT, and multiple sponsors and want have to make sure that certain timelines are met [sic]. As in any system there have been mild bumps but this new date is the best for everyone involved.”

The delays merit some concern about the system’s management and whether they are flexible enough to deal with sudden changes, fleet maintenance, or public feedback. Another issue is that October is when Seattle’s rainy season picks up (the city reports an average rainfall of 3.2 inches for that month) and the average high temperature is 60 degrees – not exactly inviting bicycling weather. Almost every other system in North America, including most of Alta’s systems, launched in spring or early summer, when bicycling is more common. An October launch could seriously dampen the level of ridership; rain, wind, and cold may not deter Seattle’s main contingent of bicycle commuters, but tourists and casual users probably aren’t going to swayed until summer weather returns next July. It’s not a negligible problem; advertisers may see the low ridership early on and be turned off in the future, jeopardizing the timing of Pronto’s next expansion.

In other ways the system looks promising. Alaska Airlines has agreed to a $2.5 million branding sponsorship for the next five years, along with funding from Group Health, Seattle Children’s Hospital, and state and federal grants. The supplier is French-based Arcade Cycles, which is world renown for its urban bicycles. Technology company 8D, which also designs parking meters, is supplying the hardware and software for the station interfaces.

And because of the considerable hurdle of King County’s helmet law, which could further lower ridership, HelmetHub has been selected as the vendor for shared rental helmets; the same company debuted the concept in Boston last year, and Seattle will be only the second U.S. city to have such a feature. Studies about helmet usage and bicycle safety have had conflicting results, but one thing is clear: in the 23 million rides since bike-share came to the U.S. in 2007, not a single person has died. The includes New York, where 10.3 million rides alone since May 2013 have resulted in only 40 injuries. The sluggish speed of these types of bikes and increasing amounts of bicycle infrastructure likely explain this phenomenon at least in part.

Eventually Pronto ridership will probably take off, even with Seattle’s infamous rain and hills. The bikes themselves are designed to take these threats into account; they have seven gears instead of the typical three, contain internal chains and gears to avoid catching clothing and splashing water, and a low center-bar and easily adjustable seat. Pedaling powers a headlight and a front basket can carry limited cargo. The stations, which are solar powered and mobile, will be located on sidewalks, roadways, parks, and other public spaces. The system will be continually redistributed as the needs arise and bikes end up at popular destinations, like the bottom of hills. Future expansions will go beyond the core neighborhoods and to other King County cities with an anticipated 220 stations and 2,200 bikes.

It’s an exciting time to be a bicyclist and see bike share spreading so quickly as alternatives are sought for urban transportation. Bike share systems offer a convenient and accessible way for many people to make short trips that may otherwise be too long by foot or take too long by transit. Despite Pronto’s setbacks, Seattle’s bike culture will likely ensure it is a success.

For more information, including a map of station locations, membership rates, and frequently asked questions, visit the Pronto website.

Scott is a graduate student at The University of Washington’s Department of Urban Design and Planning. This post was originally published at his personal blog, The Northwest Urbanist. 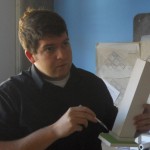