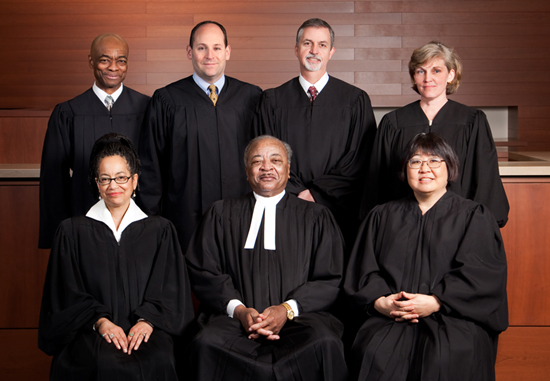 Back in August, Kiro TV reported that Fred Bonner, a 25 year veteran of the Seattle Municipal Court, has likely been taking advantage of a reduced parking rate offered for people that carpool. Reporters from the news station watched as Judge Fred Bonner parked his car a number of days over a three month period and each day he was seen driving alone. After digging further, the news agency found that the paperwork used to apply for the reduced rate was not completely filled out, lacking the required names of the people Bonner was carpooling with. While KIRO’s reporting is not conclusive, it comes at an inopportune time. Bonner is seen as vulnerable in this year’s election against Damon Shadid, a Seattle attorney who practices criminal defense and immigration law. Additionally, the report raises some important questions about this incentive program.

Purpose Of Reduced Rate For Carpooling

The reduced parking rate for people who carpool is essentially an incentive to help cut down on traffic. The idea is that if there are additional benefits from carpooling, more people will do it and there were will be fewer cars on the road. While this is logical, if it were true, it seems likely that a large number of people would be carpooling without the incentive.

Both An Incentive And Disincentive

The financial gain from carpooling with just two people effectively cuts the cost of commuting in half. In fact, if the cost of parking were low enough, the additional incentive from the carpooling program might actually reduce carpooling. If you consider the time cost from picking up more riders, a car with two people that utilizes the incentivized parking may receive a large enough economic benefit that they would carpool regardless of the incentive, but not pick up any additional people if the gain was smaller due to the incentive. To demonstrate, here’s an example:

John and Jane work in the same office and commute separately into downtown Seattle every day, both paying $300 a month for a parking space. After talking, they realize that they could save $150 a month on parking by commuting together. At the same time though they each have to spend an extra about 10 minutes driving every other day, or about 2 hours each month. Jill is also interested in joining the carpool, but they ultimately decide not to add another person because their additional savings is only marginally larger, $50 as compared to $150, while the additional time is even greater, every third day they are spending 10 additional minutes commuting or an additional hour a month. 3 hours more of commuting simply isn’t worth $50 dollars in savings.

As you can see, there is only a marginal financial benefit from adding each commuter to the carpool. This dynamic is compounded by reducing the cost of parking with two people but not reducing it further with three people. In other words, there’s less and less of an incentive to each additional person to a carpool and the incentive is even further reduced by incentive programs.

As mentioned in the KIRO article, this program suffers from a problem of enforcement. While the punishment for fraud seems pretty strict, it turns out that the fine is likely less than the benefit Bonner received over the years, estimated at around $12,000.

MISUSE OF PERMIT may result in a citation, vehicle impound, revocation of the permit, a $5,000 fine and up to one year in jail. Misuse includes, but is not limited to:

Additionally, it’s not clear that there is any enforcement or if there were, how that would work logistically. Beyond misuse of the permit though, there are broader issues. First, traffic is a deterrent itself to further commuting by car. Encouraging carpooling may increase the capacity of our roads, but research has shown there is nearly a one-to-one relationship between road capacity and traffic. In other words, if we manage to increase the capacity of our roads, we don’t necessarily reduce traffic. Instead, more people just end up driving.

If this is true, we may be compounding our woes even further with the incentive program by collecting less revenue for the city. That revenue could be used for solutions that actually reduce the amount of traffic.

The city has already done some good work on this but there is a lot more that could be done. For example, the city could probably craft taxes or fees that account for the negative impact of surface parking lots in downtown, which would encourage their owners to develop. Additionally, in the same way the city previously charged for business for employees that commuted alone, the city could have a similar fee for all car commuters. As a show of good faith, the city could use that revenue to provide transit passes for people who were affected.

Update: This article has been updated to reflect that KIRO tracked Judge Bonner parking his car over a period of three months not one month.