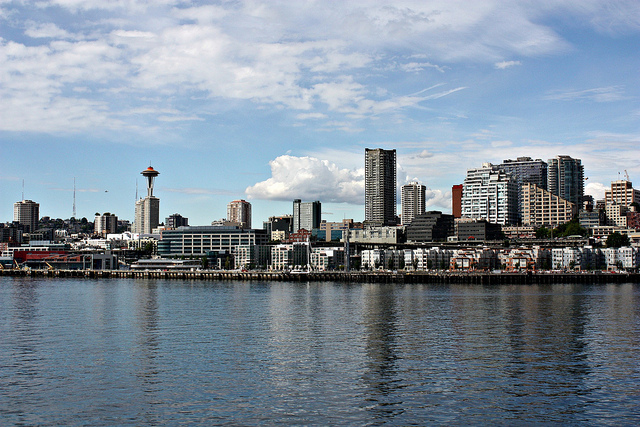 This train is delayed: The Seattle Transit Blog has 9 ideas to improve transit. An economic and equity case is made for political support of Sound Transit 3. Capitol Hill Seattle highlights the last run of the Metro 47. The First Hill Streetcar is delayed thanks to the manufacturer, but at least they’ll pay for the delays. Sound Transit has added the Sand Point Crossing to the long-range plan.

London Town: The simple beauty of the UK’s duplexes. Driverless London Underground trains won’t be a reality until at least 2028. A fan-like foot bridge opens in London’s Paddington neighborhood. London is so woody, maybe it should be a national park.

Waterfront bombshells: The seawall project will make some businesses have to close for the next nine months. Meanwhile, Seattle still has a lot of work to do in order to make the Waterfront improvement projects pencil out, and that may mean scaling back project elements.

Urban photography: Meet the Meat Packing District of Manhattan in 1985 and now, it’s a world of change. Awesome “time slices” in cities at dusk.

Global perspectives: We’ve got electric trolleybuses, LA wants electric freight highways… Germany will impose a rent cap on inner-city properties. An argument that the anti-streetcar meme needs to stop, don’t make the “perfect” be the enemy of the “good”. Map the political protest strife in Hong Kong right now. The fantasy of future cities can make for great artwork. Cities all across the US are quite divided–nothing new there–but Richard Florida breaks it down for us. How to create shared use streets for families in mind. Seven myths about the new urbanism revolution. A climate change continues to take hold and cities grow, we’ll need to become more sustainable water-wise. Maybe public signage needs to be more fun, even a bit more functional.

Changes here: Seattle Bike Blog outlines options for improving the pedestrian and bicycle experience across the Ballard Bridge. A new multi-use trail in Arboretum will give the Central District its own “Green Lake”. Another pot shop opens in Seattle in the Central District, say “hello” to Uncle Ike’s. SDOT is planning a revised Dexter Avenue from Denny Way to Mercer Street, now with full protected bike lanes.

Tear down this bridge: Dallas could be investing in another useless highway project for the low, low price of $1.5 billion. Highways could be increasing your blood pressure and making you unhealthy.What roads would be like if they were like bike lanes. Cities across the country are rethinking what they should do with highways. Car commuting is still king in the US, but it is dropping. Sadly, drivers do get away with murder because of bad policies, not laws.

Use the land: Sightline profiles inclusionary zoning versus exclusionary zoning and says the exclusionary zoning is the real problem. On a related note, developers are suing the City of Seattle in Federal Court over incentive zoning rules. An infographic of every skyscraper in the works for Seattle. Microhousing gets the breaks put on it.