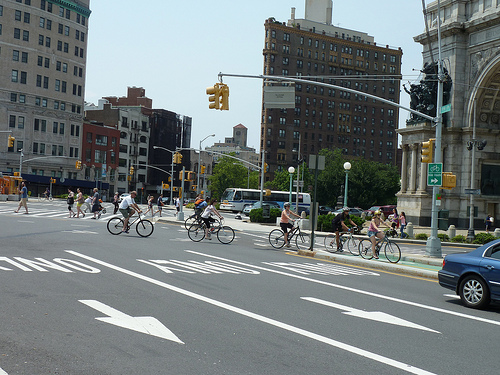 Highspeed opposition: The current arguments being made against Texas’ private highspeed rail project are fascinating.

On hold: A trail linking Snohomish to Woodinville has fallen apart, for now.

Leading the way: Why Austria is going all in on new methods of woodframe construction.

The best way: Seattle Transit Blog talks about how Link might get to Federal Way.

Dramatic growth: New York City has experienced explosive growth in biking over the past decade.

New law: Bicyclists can now get across the street a little bit easier with this common-sense change in law.

Map of the week: An amazing visualization of New York City’s vibrant rainbow of tree species.

Own worst enemy: Democrats are hesitant to give Sound Transit property tax authority because of other priorities.

Filling the hole: 44 people have thrown their names in the hat to fill a vacant Seattle City Council position.

Fireside chat: The Stranger talks to Pronto!’s director about the success of the program six month on.

Midwest shift: A look at how Minneapolis is growing while Chicago is shrinking.