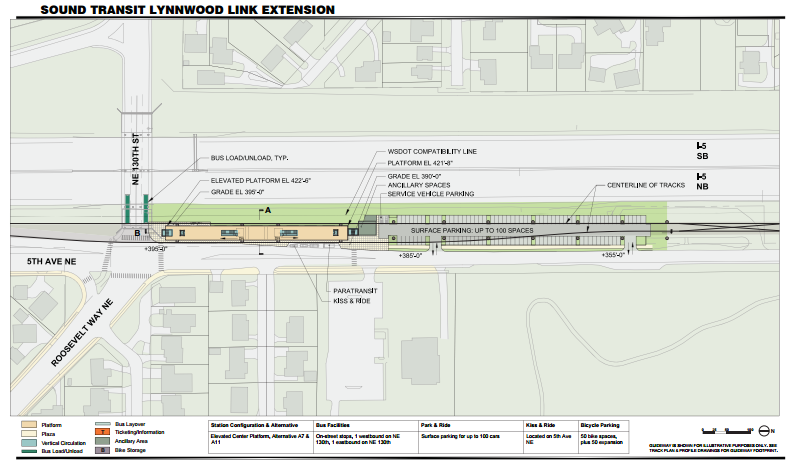 It’s been over two months since I shared why Seattle needs a NE 130th Street Link station. In that article, I highlighted the benefits of the station to surrounding neighborhoods by noting that it would promote walking and biking in North Seattle, significantly increase transit ridership, provide fast and dependable light rail service to more than a half-dozen neighborhoods, all while doing it without any large investment in station facilities beyond the station stop itself. So here is an update on progress that has occurred on the station since then:

Last week, Sound Transit Board Members met at the Sound Transit Capital Committee to discuss amendments to the Lynnwood Link extension plan. Seattle Councilmember and Sound Transit Board Member Mike O’Brien proposed and championed an amendment that would make the design at NE 130th Street “station-ready”. O’Brien’s amendment would ensure that the I-5 alignment running past the station area would be designed with an elevated crossing over the existing NE 130th Street overpass. This configuration would make it easier and less expensive for a station just north of the overpass. This means that even if a NE 130th Street Station is not immediately approved and funded, a station could be added later at minimal cost and without significant delay.

Seattle Mayor and Sound Transit Board Member, Ed Murray, wrote to NE 130th Street Station advocates to share his support for the project:

This station will be an important addition to light rail in Seattle and fill the gap between the light rail stations at Northgate and 145th St. in Shoreline. The station has the potential to spur the development of a new urban village in this area and will greatly improve the mobility of the community. If the station cannot be included in the preferred alignment for the Lynwood Link, I support funding the station as soon as possible.