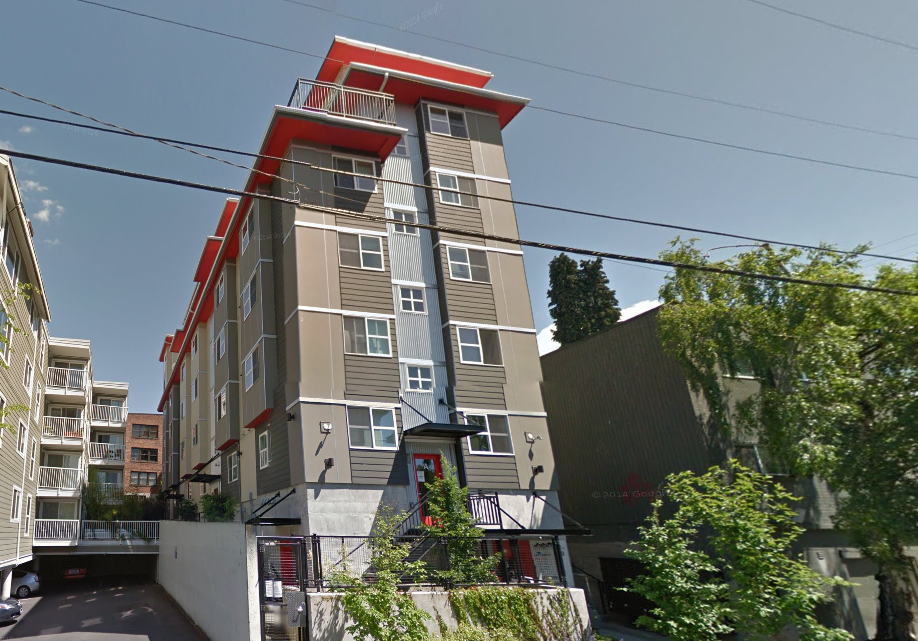 Article Note: This is the first installment of a five-part series on micro housing, see Part 2, Part 3, Part 4, and Part 5 as well.

The Seattle City Council may reconsider new rules restricting micro housing, according to Council President Tim Burgess. Since it first came to Seattle in 2009, the issue has riled up developers and neighborhood activists. As it comes roaring back to life, I hope to provide a comprehensive overview of the issue and make the case for why they make for good urbanism.

Micro housing was introduced to the City by developer Jim Potter when he found a loophole in city zoning regulations allowing him to build eight bedrooms around a kitchen and call it a single unit. This allowed him to greatly increase the number of residents he could accommodate on individual parcels within single-family neighborhoods.

The new buildings took neighbors by surprise. A small house next door could be replaced by a four-story apartment building with 30 new residents or more. The loophole in code allowed developers to skip the public design review process, leaving neighbors with little warning or cause for recourse. Concerns ranged from neighborhood character and limited parking to the welfare of residents living in small spaces. Meanwhile, advocates cheered them as an innovative solution to the growing affordable housing crisis.

Just how small are they? The first iteration averages a mere 150 square feet–that’s less than the size of an average one-car garage. With room for a twin bed, a desk or table, a small bathroom, and kitchenette, there isn’t an inch to waste.

New regulations passed in 2014 have redrawn the blueprint for micro housing. Developers cannot utilize the congregate housing model, in which eight rooms around a kitchen count as a single unit. Instead, each unit must stand on its own with a full kitchen and a minimum 220 square foot floor plan.

They are also subject to the public design review process, giving neighbors a chance to vet the project and voice their concerns.

A noteworthy exception was carved out for universities and non-profit housing providers to continue with congregate housing.

While some cheer the new rules as a win for livability, others decry the loss of affordable housing in a city that’s rapidly seeing young and low-income residents priced out to the suburbs.

To address these concerns, the Council also passed legislation expanding a popular affordable housing program to include micro units. The Multifamily House Property Tax Exemption (MFTE) Program provides developers with a property tax exemption if they provide income-restricted units below certain Area Median Income rates over a 12-year period. Micro units would be caped at $618 per month for a person with a maximum annual income of $24,720.

In the next installment, I’ll provide an in-depth overview of arguments in favor of micro housing.