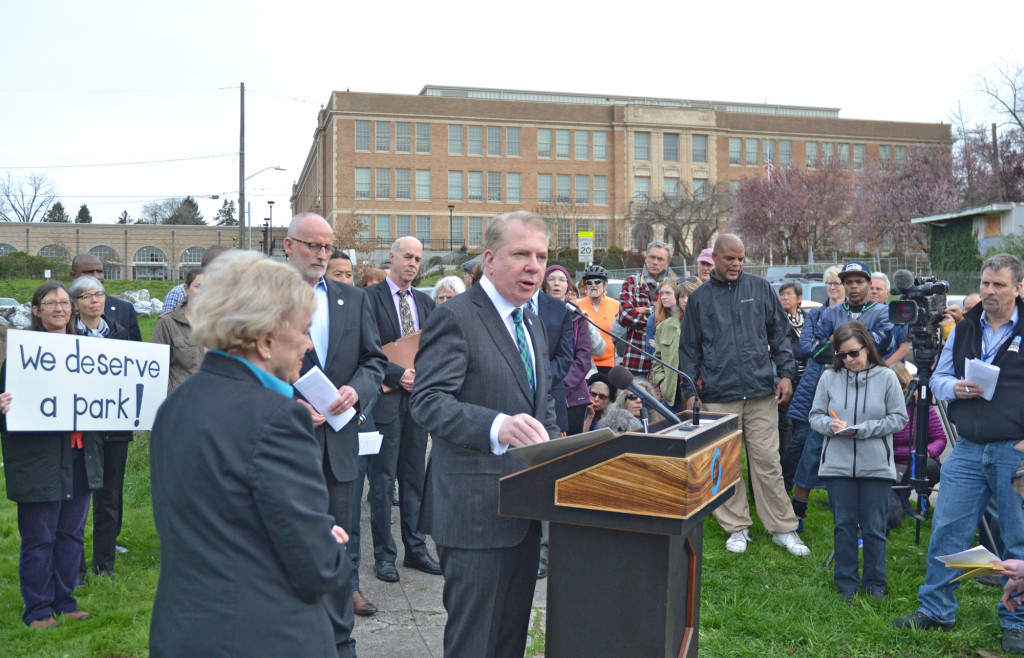 The Next 20: The Department of Planning and Development released their four alternatives for city growth through 2035–but Nick Licata wants to steer development away from Southeast Seattle.

Riding along: A plan to bring bus rapid transit to Madison could also bring a new “parallel” bikeway alignment through a series of protected bike lanes and neighborhood greenways.

Beautification gets ugly: Mayor Murray and Councilmember Jean Godden sparred over whether to build a park or affordable housing on a seized and blighted property in Roosevelt.

Missed call: The state was found at fault for Bertha’s meltdown when they didn’t tell Seattle Tunnel Partmers about a steel pipe in her path.

Culture shock: Salt Lake City is bringing European design to the US with the country’s first protected intersection for bicyclists.

Big apple: New York City is the only major urban area to see both an increase in population and a drop in density.

Flashing lights: A “regulatory hiccup” caused a flurry of confusion that the iconic Time Square billboards in NYC may have to come down.

Dirty jobs: The maritime industry shot back at Mayor Murray, defending the Shell Oil rig coming to the Port of Seattle.

Plans change: A new visual shows how plans for a streetcar network in Washington, DC have evolved over 20 years.