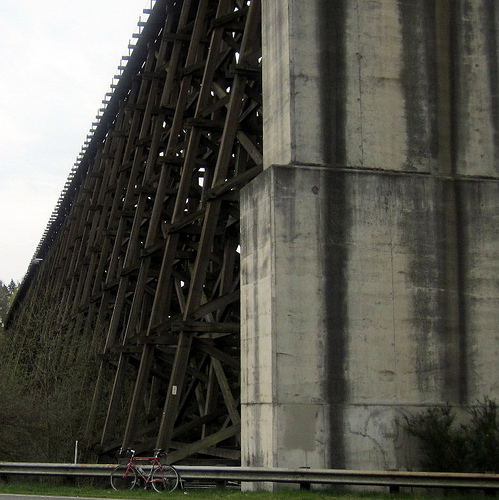 Top 10: The current ranking of US cities as the most walkable.

Shell No: The reason why Shell’s Polar Pioneer is allowed to dock in Seattle, for now.

Making room: A Dutch city makes room for its river and readies for a new identity.

Debunked: Drivers really don’t pay for the cost of their roads, not even close.

Demise of streetcars: It wasn’t just car companies that killed streetcars in the middle of the 20th Century, it was congestion, too.

Deadly tracks: High speeds were the primary cause of the Philadelphia passenger train crash this week, although positive train control could have prevented it.

Contaminated: A shocking number of places in the Los Angeles area depend upon water sources that are deeply contaminated.

Not as dense: The typical New Yorker lives in a less dense NYC than back in 1970.

Low taxes: How billionaires are paying low property taxes for the best views in the house.