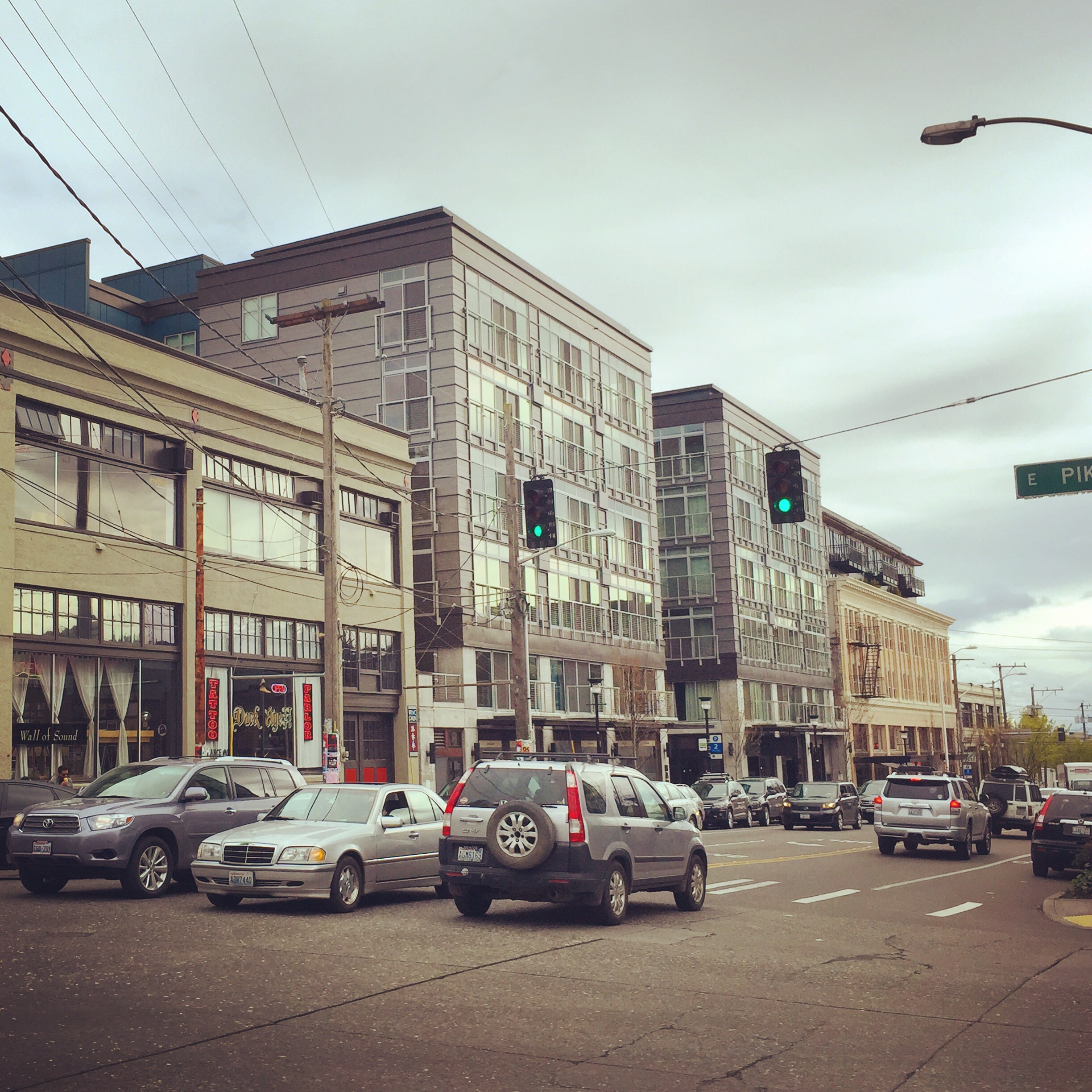 Business affordability: It isn’t just housing affordability that’s an issue, the West Village in New York City is grappling with storefronts closing up due to skyrocketing rents.

Maps of the Week: The age of every building Los Angeles, the density of vacant housing in Baltimore, and travel times between European countries.

Public pooping: Seattle may have finally found the answer to its public sanitation issues with a new public loo for Pioneer Square.

Uber cool: Uber is getting some light and airy new digs in San Francisco.

Being a gentrifier: A French sociologist who lived in Boston explores her experience with liberal gentrifiers and how they perceived their lives and communities.

Donut urbanism: One man’s perspective on how American urbanism is progressing and what it may be leaving out.

Safety by the numbers: There’s compelling data out there that show wider lanes are just plain dangerous.

A village on the roof: Not so much reading, but a look at a brilliant way to design a roof for residents.

Ch-ch-ch-changes and closures: Seattle Transit Blog has highlights on King County Metro Transit’s June service change, which happens next Saturday. And, a notice for transit riders who use the Downtown Seattle Transit Tunnel (it’s closed this weeked and the next); know your options.

Data mining: What one week’s worth of Craigslist Seattle apartment rental data looks like.

A Texas-size problem: Even Texas officials are beginning to recognize the problem with highway building, but it may have taken a 23-lane highway project to realize it.

Share what?: Greater Greater Washington explains why sharrows are actually quite useful as a traffic device.

TowIt: Start the public shaming; a new app is out there for those who want to turn in on-street parking violators.

Should you ever get hit: What you need to do if you get hit while walking or biking by a motorist.

Filling the empty: Cleveland has gotten creative by using common shipping containers, spiffing them up, and placing them in empty parking lots to make them shopping lots.

Ballard and King of the Stroad: Tom at Seattle Bike Blog explains how the Ballard Bridge could be improved and says that Mercer Street is one big stroad (street road).