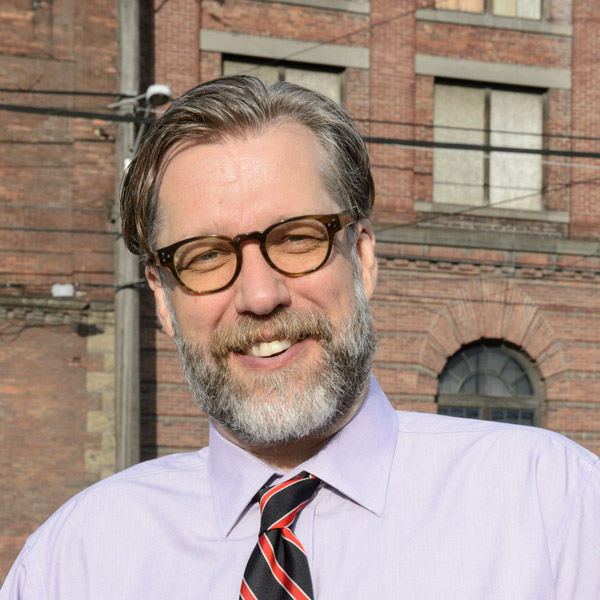 John Roderick is running for Position 8. Roderick is a professional musician and has been politically engaged as an advocate for the Seattle music and arts community since the 1990’s, a time when Seattle local government and the music community were at odds over issues such as the Teen Dance Ordinance and the postering ban. Roderick was a founding member of the Seattle Music Commission. He lives in Rainier Beach.

Roderick believes that Seattle has historically been a middle-class city and that lack of affordability only became an issue in the last eight to ten years because explosive growth occurred in conjunction with bad planning. He referred to South Lake Union as an example of an area with “thousands of ‘ghost’ units” that were not built due to poor implementation of incentive zoning.

Roderick supports creating more housing in Seattle by building density at transit hubs and by freeing up underutilized space. On way he would do this is by easing restrictions on mother-in-law units. He would also like to see the City build housing. He thinks that micro-housing is “good” but would like to see more larger family-sized units built (e.g. three-bedroom units).

Musicians are a “canary in the coal mine” to Roderick: musicians cannot afford to live in Seattle now and if they can’t afford to live somewhere, soon many others won’t be able to.

Roderick would like to see all possible housing solutions pursued. He wants housing units built that are both suitable and affordable; however, he does not like punitive solutions. He believes that there is a better solution than: “If you want __, you must __.”  He referred to South Lake Union again and to the incentive zoning rules that tied increased height to payments or on-site implementation of low-income housing. Vulcan chose not to take advantage of the incentive zoning opportunity. Roderick’s perspective is that it was assumed that Vulcan could be coerced rather than encouraged.

Roderick explained that he sees social justice as a framework for looking at all issues. He believes that transit systems have traditionally underserved communities of color and he would like to see a plan that recognizes that people in Seattle need to move within Seattle. He believes that transportation systems in Seattle have focused on getting people to and from the core of the city and that east-west travel is difficult. “I do think it is achievable.” Roderick believes that new technology, such as autonomously piloted vehicles, will create a new style of transportation network. One that will replace single-occupant, internal-combustion vehicles. He sees that traffic deaths are a result of operator error and that after a transition period to new technology, most traffic deaths will end. Roderick believes that the City needs to be engaged in planning how new technology is utilized so that the companies bringing the new technology do not alone decide how it is implemented, particularly around issues of social justice.

“The growth is going to come.” Roderick believes that Seattle needs to have a “master plan” for growth because because our process is “politically and culturally timid.” He believes that 40 years from now, Seattle will have grown one of two ways: ad hoc, or through a vision. The vision of Seattle growth he advocates is one that is “interconnected, carbon neutral, then a carbon sink” and one that ”remains affordability and that remains equitable throughout the town.” Roderick argued that it is less expensive to plan upfront than to make changes after something has been built. Roderick also believes that Seattle needs a plan in which all residents are included in the process and stated that “we need everyone’s investment in it.”

Roderick believes that traditional Seattle planning has focused on livability and on keeping out density. He says, “If we want equality, density and transportation, it has to happen in our backyards.” Roderick believes that investments should not be paid for just by “taxing the big developers,” but that single-family homeowners also need to make sacrifices.

“Reconnecting our neighborhoods with trolleys.” Roderick is an “enthusiastic supporter of Sound Transit 3,” but he sees that “it may or may not be built and is a long way out.” He hopes that a neighborhood transit system is already built before Sound Transit 3 would be complete. Roderick would like to create “a connected and diverse network that serves the city” and that interacts with systems that serve the county and region.

Roderick said that he is “agnostic on mode.” He is not “against buses” and sees them as a component of the neighborhood transportation system. He also supports separate lanes for buses and trains.

Read our interview with other District 8 candidates, Jon Grant and Tim Burgess.